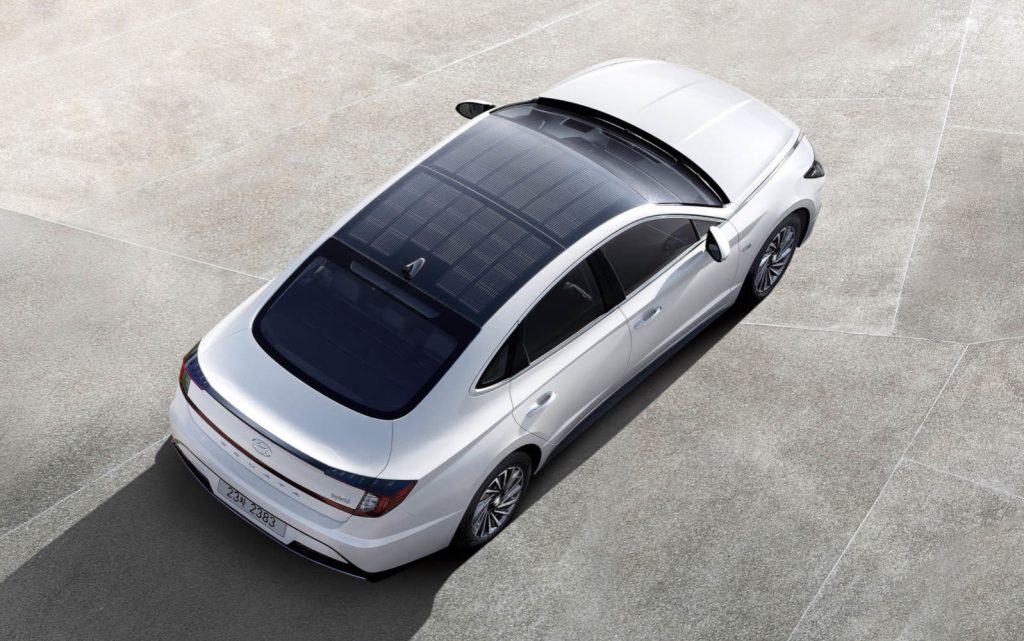 The First Car with a Solar Roof is Released

Hyundai Motor Company has recently released its new Sonata Hybrid, the first car to have a solar roof.  The car being a hybrid means that it can run on both gasoline and electricity. Unfortunately, this car isn’t available in North America yet.  However, if you travel to Korea, you’ll be sure to find it.

The company first started their lineup of hybrids and electric cars back in 2009.  Ten years later and they have more than a half dozen hybrid and electric vehicles to boast about.  In the fall of last year they announced their plans regarding the addition of solar panels to their cars.

Hyundai hopes that with this new technology, the fuel efficiency will improve and the amount of CO2 emitted will decrease.  They say that throughout the day, the solar roof will charge 30 to 60 percent of the battery. In addition to the partial battery recharge, drivers’ travel distance could possibly increase by 1,300 km (or about 807 miles) each year if the car is supplied with six hours of charging daily.

Japan’s Toyota has also dabbled in this solar technology for several years.  They recently started to test vehicles equipped with solar panels on the streets of Tokyo.  The panels were attached to the roof of their Prius PHV, along with other parts of the car. Before Hyundai’s development with the battery charging, Toyota’s solar technology allowed for the powering of the climate controls.

In addition to Hyundai and Toyota, another two companies have plans to introduce cars equipped with solar power in the near years.

Next year, Germany-based Sono Motors will begin production for their Sion model, which will have solar cells to boost its driving.

In the Netherlands, Lightyear has declared that they will start manufacturing their Lightyear One by 2021, which will allow for long-range power to the car.

Would you get one of these solar powered cars?  Let us know in the comments!