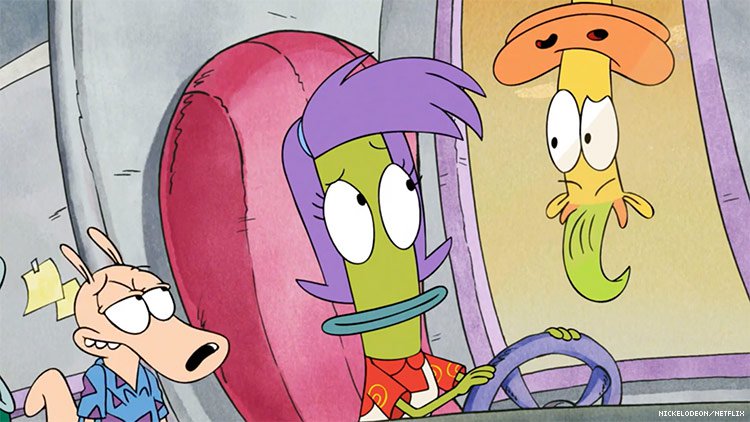 First, let’s all get excited about the fact that we’re even getting a Rocko’s Modern Life movie at all! Yaaaay! Rocko’s Modern Life was one of those slightly edgier cartoons, like Ren and Stimpy, that ran on Nickelodeon from 1993 to 1996 and had 52 episodes that spanned 4 seasons. Of course, now, with the current nostalgia craze, it’s coming back with a movie on Netflix.

Show runner Joe Murray confirmed that one of the shows later episodes, Closet Clowns, which featured the character Mr. Bighead trying to hide his double life as a clown, was an allegory for coming out. In the new continuation of the story, we get to see Rocko and his gang struggle with modern technology. He also goes on a quest to find the creator of his favorite show, The Fatheads. The creator of the show is Rachel, the Bighead’s daughter, who is a transgender woman.

And so we are going to see some characters go on a journey of acceptance. According to the creator, Mr. Bighead, of course, takes the longest to adjust to his daughter, but the younger characters accept her almost instantly. The decision to, not only include a trans character, but to put a trans character in the spotlight comes at a time when trans representation matters more than ever.

I, for one, am so excited to see exactly how they approach this and cannot wait to revisit one of my favorite childhood cartoons!

The new movie is called Static Cling and you can watch it on Netflix Right Now!