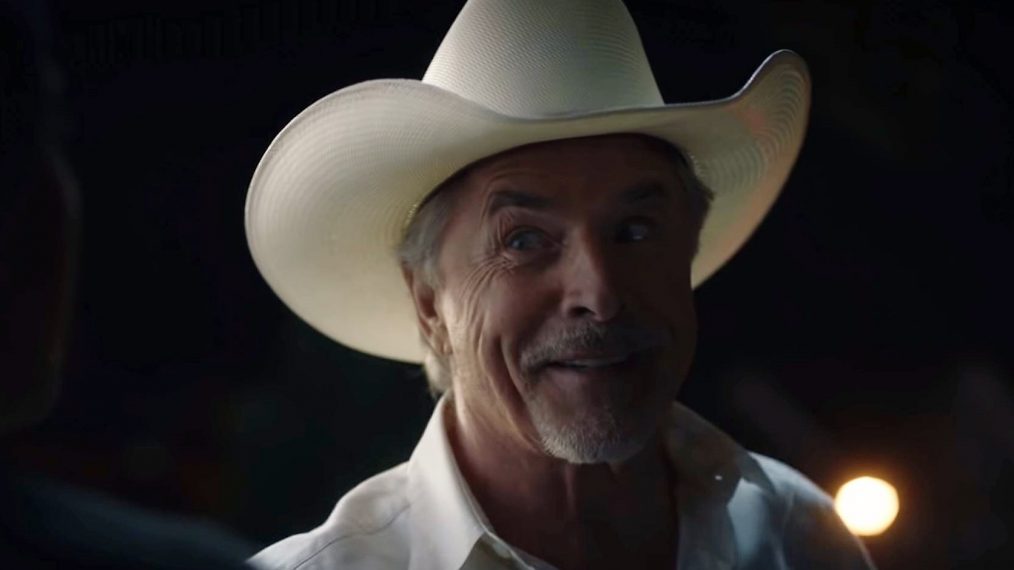 Who Is Don Johnson Playing In HBO’s Watchmen?

You might have noticed that Warner Brothers skipped this year’s Comic-Con. Lord only knows why a major move studio, who owns a sort of struggling superhero cinematic universe, would totally pass on the opportunity to showcase their upcoming projects on the grandest stage in the entertainment industry not called the Academy Awards. Was a stupid move? Or a level of genius you or I will never be able to comprehend?

Marvel did the same thing in 2018 then went on to have the most epic run in cinematic history. Suck it Avatar! Will a similar strategy work for the ever so ripe for a comeback DCEU? Only time will tell…

However, it wasn’t like we were going to go through a whole Comic-Con without getting a decent dose of DC news. While the DC Universe streaming service had their moment in the sun, and Marvel laid out a plethora of content, I feel the underrated star of the weekend was the trailer for HBO and Damon Lindelof’s upcoming show… Watchmen.

You bet your ass I’m biased. I’m a Watchfan, or whatever the kids are calling it these days. Just to remind you of how amazing this trailer is, give it another watch.

So, even I’m in tears just thinking about how perfectly this continuation (it’s on IMDB) of the Watchmen Saga is being treated. Damon, if you’re reading, big hugs. And yes, the show appears to be either a sequel to Zack Snyder’s movie, or a direct live action sequel to the graphic novel. Which makes me smile. Personally I thought we’d be due to watch a Baz Luhrmann’s Romeo & Juliet treatment of Alan Moore and Dave Gibbons landmark contribution to comic culture.

But we’re not… and a wave of calmness rushes over me.

No joke, we get a ton to mull over in that three minute clip. A new American flag, a Rorschach inspired terrorist organization, the story’s location (Tulsa, Oklahoma?), more face covered cops, the arrival of Dr. Manhattan. However underneath a major heap of questions that I want to have answered. And I do have many. One major unknown remains unaddressed… who the hell is Don Johnson playing?

Notice that there’s something missing? Even IMDB has no clue what’s going on. Is HBO concealing the character’s identity for a reason? Maybe another surprise being held for the big premiere? But I think I’ve figured it out.

If you pay attention to the preview at two minutes and eighteen seconds in, you’ll notice DJ behind the wheel of a large owl like aircraft. Through a quick process of elimination of characters who survived the original, plus the ones having the ability to pilot a flying vehicle, I’m under the impression that Johnson is actually Dan Drieberg, or also known as the Nite Owl.

My reasoning is rather obvious and required minimal in depth thought. Hell… still alive, can fly a plane. Pretty easy set of criteria to meet. With Lindelof being this big Watchmen fan, I highly doubt any heroes left after Ozymandias’ grand gesture will go unacknowledged. Which then means we’ll be meeting Laurie Jupiter at some point but why play all your cards right away.

Two more points; of all the Watchmen to wind up a police chief in Tulsa, Oklahoma, Drieberg is by far the most logical choice for this career path. Also… I can totally see a young Patrick Wilson…

… aging into an old Don Johnson.

But that’s just me.

The thing is, I feel that unless we’re talking a major plot spoiler, there’s zero reason for not putting a character’s name on IMDB. However, if the big reveal is the Nite Owl, a masked hero we’d probably see anyway, why not just tell the audience who he is, instead of artificially creating suspense through the Internet Movie Data Base. Besides, the big preliminary questions have already been answered. We know the important stuff. A lesser reveal like Dan Drieberg, doesn’t carry the same weight as finding out the series is a sequel to the graphic novel.

Hollywood logic… I’ll never get it.

Anyway, we’ll find out in October.

Who do you think Don Johnson is playing in HBO’s Watchmen? Let Nerdbot know in the comments!!