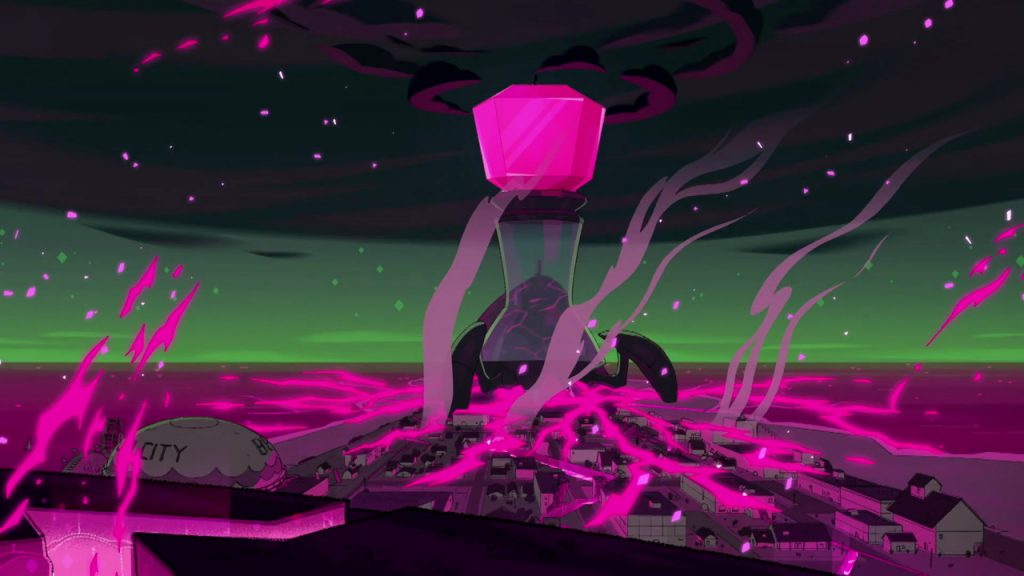 The first official trailer coming out of SDCC 2019

Rabara Hit the panel with questions taken from twitter, eventually leading to a performance from Rebecca Sugar, the Premiere of the movie trailer, and a performance of a new Song, True Kind of love.

When asked about the creation of the film, Rebecca sugar stated that,

“This is a completely different … challenge, to be able to make something so full and complete… To integrate the story into all of the music … and ..to get into… I can’t say. We’ve worked so hard on this movie, I just can’t wait for people to see it.”

Estelle, who voices Garnet, spoke on the song that she helped to put together for the film.

“I heard it , and It blew my mind. Again, everyone knows that i love the way rebecca writes, It’s perfect and beautiful, and I’m just grateful to be apart of it.

Rebecca included dozens of writers/ artists in the music production of them film, a task which she stated to be one that ” completely changed my view of music”.

The rest of the panel took questions from the audience, ranging from production inquiries to character development and music.

What’s your opinion on the SU Movie ? Is the Hype Real or did the trailer fall flat ? Let us know in the comments down below.