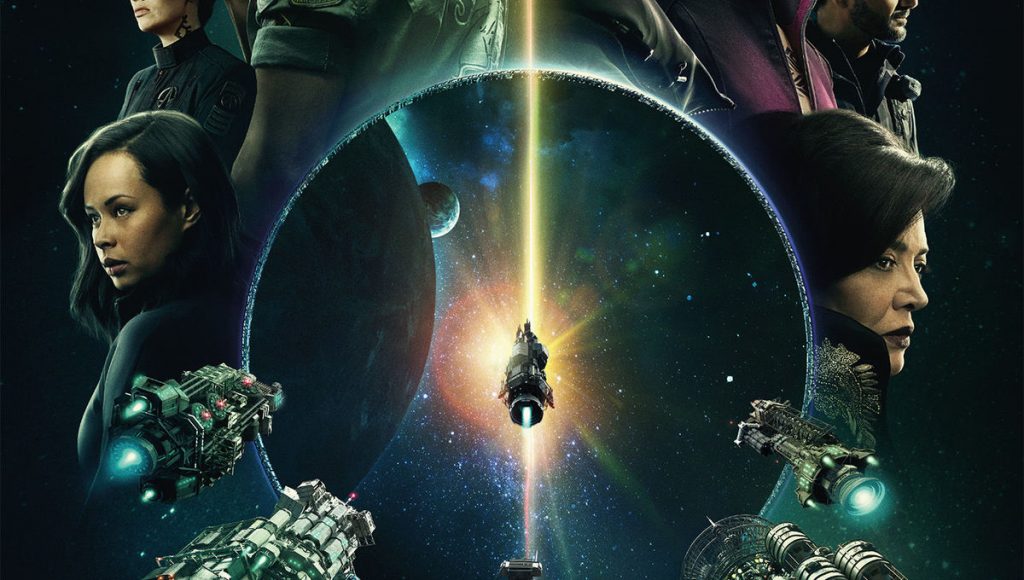 Amazon’s The Expanse Has Release Date And Teaser

One of the most underrated sci-fi shows on television has been The Expanse. The series, based on the novels by James S.A. Corey, has everything people should want from a genre TV show. It has action, political intrigue, shifting alliances and unpredictable alien technology all set amidst interplanetary war. Despite this, the show only managed a relatively small but highly devoted following of fans during its first three seasons on SyFy. Thanks to those fans however, Amazon saw the potential of the show and picked up the series for a fourth season last year. Now, after a year of teasing, we finally have both a release date and a teaser trailer along with a nifty poster.

For those unfamiliar with the series, The Expanse is set in a future where man has managed to colonize multiple planets in the solar system. While Earth is still the center of humanity, they are finding their authority challenged by the military government of Mars and the Belters, humans who have lived their entire lives in space. The show follows a small group of misfits and their ship, the Rocinante, as they find themselves in the middle of a war started by mysterious figures bent on destabilizing the tension between planets for personal gain. All of this is also centered on the discovery of alien technology from a long extinct race which, while highly powerful, also defies understanding and does incredibly weird things to human biology. Everyone wants this technology for their own ends and are willing to sacrifice millions of people to get it. Its an extremely ambitious premise that spans planets and many different characters trying to save or destroy the solar system. When SyFy cancelled the series, the show was just entering its real potential in showing how humanity is transformed by the alien tech.

Luckily, Amazon will allow the series to continue on the path set by the novels. The alien tech allows humans to travel to distant worlds instantaneously, and a new land rush is formed as people settle these planets. The teaser indicates that the new season will focus the events in the novel Cibola Burn, where the Rocinante is caught in the middle of a planetary land dispute over control of the planet Ilus. That may sound a little dry, but it is discovered that Ilus contains artifacts and machinery that could potentially lead to humanity’s future, or their potential end. The story works great for Amazon since it can tell a self contained story for people new to the show without forcing newbies to catch up. While the other stories are straight up science fiction, Cibola Burn is almost a western, with struggling townspeople taking on powerful enemies in a harsh frontier.

The teaser trailer offers plenty of images of James Holden and the crew on Ilus without revealing too much on the plot details. One promising highlight is diplomat Chrisjen Avasarala dropping an F-bomb, which the show could never do on SyFy. This may seem like a weird touch, but fans of the books will recognize that this means that the characters will be allowed to be more like how they are in the novels.

Almost the entire cast of the show is returning along with some brand new faces. Lyndie Greenwood (Nikita, Sleepy Hollow) is joining the show as Dr. Elvi Okoye who plays a pivotal role in this season. Also new is Burn Gorman (Pacific Rim, Game of Thrones) as the antagonistic hardass Murtry.

Before December comes around, you owe it to yourself to check out The Expanse novels before the new season. I love the show but also am a big fan of the novels, which just published it’s eighth entry, Tiamat’s Wrath this year. The later novels go even crazier in showing the ramifications of humans adopting technology they don’t understand and how it makes us targets for enemies that exist outside of time and space. The books plan to end with book nine which is heartbreaking but the show will be a way to soothe my sorrow. I can only hope that more people latch on so the series will be able to continue and show off where the books go which would be truly epic.