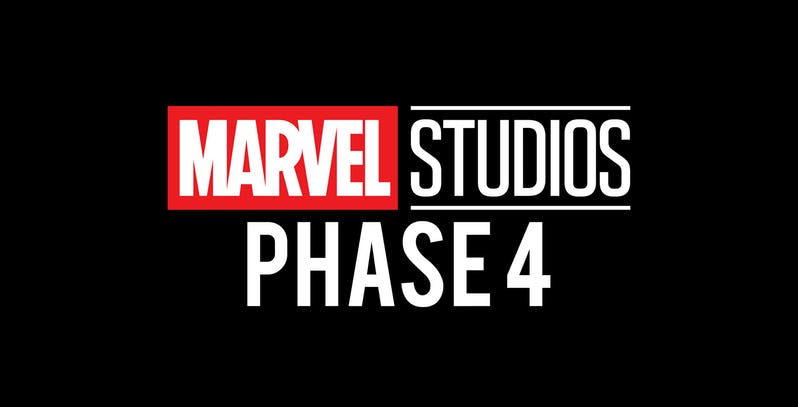 All the Marvel Films Announced at the SDCC Hall H Panel

So San Diego comic con is great for a number of reasons. But one of the best is the movie news that always comes from it. And it seems that marvel may have just laid out phase 4. It’s important to note before going forward that Marvel has not come out and said this is phase 4 but it does look like it. Also we will not be going into the shows for Disney + solely because they’ve already been announced.

For starters we got The Eternals starring Angelia Jolie, Richard Madden, Kumail Nanjiani with many many more. The movie is going to be directed by Chloe Zhao and is going to be in theatres November 6th 2020. The film is about a race of immortal aliens sent to earth by the celestials to protect mankind from Deviants.

Up next we got Shang-Chi And The Legends Of The Ten Rings. It will be staring Simu Liu, Awkwafina, and Tony Leung. Directed by Destin Daniel the movie is set to come out on February 12th, 2021.

The next one is one fans have been waiting for, for a long time. That being DOCTOR STRANGE IN THE MULTIVERSE OF MADNESS. It’s set to star  Benedict Cumberbatch and Elizabeth Olsen with Scott Derrickson back directing .It will premiere in theaters May 7th 2021. From what know so far it’ll take place years after Endgame and Spiderman Far From Home. It seems like he’s going to have to defend a lot more than New York City and Sanctum. Derrickson said he wants to go for a more Gothic horror tone for this new movie.

With the recent news of Thor we finally got some more news on his movie. It’s going to be called THOR: LOVE AND THUNDER with Chris Hemsworth, Tessa Thompson, and Natalie Portman. With Taika Waititi coming back to direct it. The movie is set to come out on November 5th 2021. It seems like Portman will play a big part in this movie, and it’s interesting to hear because she wasn’t even in Thor 3 at all. Not much has been said about the plot but Portman did tease the idea of her becoming Thor. She came out holding Mjolnir and her and Waititi confirmed that he will be using a lot of Jason Aaron’s Thor. So it’s safe to say we will have Jane Foster as Thor!

I think we all saw Black Widow coming since certain imagines have made there way to the internet. But it will be starring Scarlett Johansson, David Harbour, Florence Pugh, O-T Fagbenle, and Rachel Weisz. And directed by Cate Shortland and is set to release May 1st 2020. The movie is supposed to be between civil war and infinity war. It’s set to shin a light on her when she was still young and making mistakes in the field. So it’ll be interesting to see a backstory for this character finally.

Lastly we got a BLADE MOVIE! We don’t really know anything at all about the movie, such as the release date or the plot at all.It will have Mahershala Ali as Blade and thats all we really know. But one thing is for sure Blade is coming back to the big screen soon!