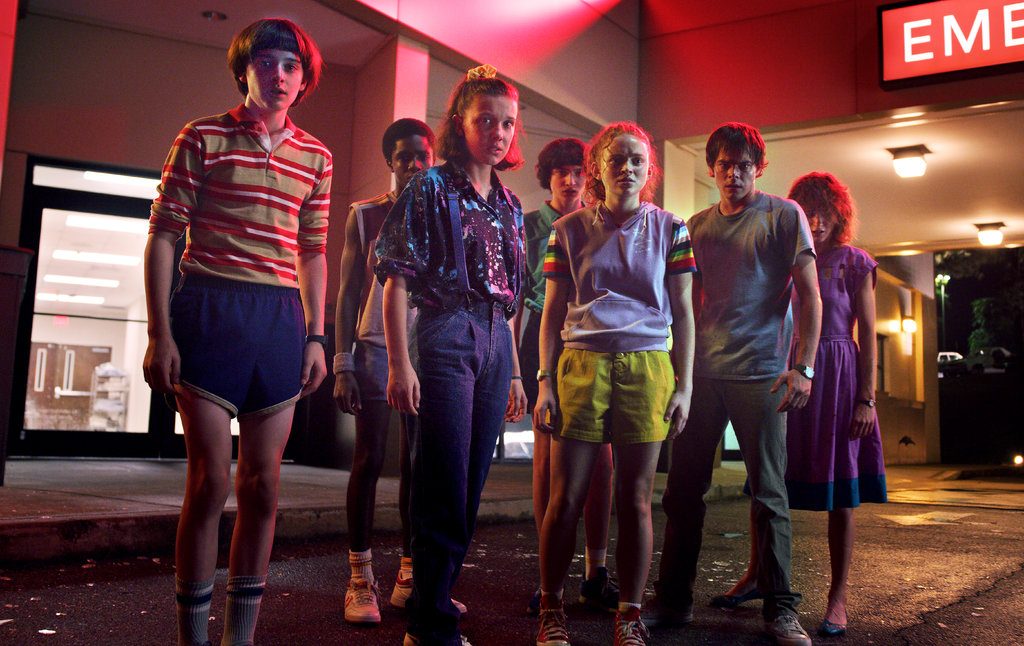 On the fourth of July, Netflix released the highly anticipated third season of their hit show, Stranger Things. It’s been a week, I have officially finished the season, and I have so many feelings.

This article has been deemed safe and is mostly spoiler free.

Let’s start at the beginning. I randomly decided to binge some Stranger Things on a recent Saturday, and it took me two days to watch the first two seasons. I absolutely loved everything about it. I loved the nostalgia factor. I loved the supernatural elements. I loved the mystery. I found myself not being able to wait to find out what happens next. I’d finally found the perfect show. My new thing. Then season 3 came out…

An Obsessive Love Letter To The 80’s

Like I said, the nostalgia factor in this show is great. But season 3 took it to an obnoxious level, spending much of the season either in the Starcourt Mall or by the pool, with 80’s tunes pumping during shopping montages. It’s like the creators constantly needed to give you an in your face reminder that this show takes place in the 80’s, which comes off as weird, as they didn’t try this hard with the first two seasons. We even get a scene of Dustin and his new girlfriend belting out the theme to The Neverending Story over radio.

To me, this season was a super slow burn in the beginning, especially Jonathan and Nancy’s story. In this season they start working as interns at the local paper, and it took absolutely everything in me not to fast forward through their scenes. Where it took me two days to watch the first two seasons of the show, it took me three days to watch the eight episodes of season three. I had a really hard time getting into it. Anyway, speaking of Jonathan and Nancy’s story, that brings me to the next point…

This season is quite a bit gorier that the other two. And I mean QUITE a bit. There’re rats that explode like popcorn kernels popping in the microwave, there’s an old lady that chows down on fertilizer, there’s a giant assimilated gut monster… There’s a lot of gore.

This season is largely about relationships, and not just the romantic kind. Yes, Mike and El are officially a couple, which causes Hopper quite a bit of grief (THREE INCHES!!!), and Max and Lucas are still a thing but it’s not all about them. Dustin seems to have found himself a girlfriend at camp named Suzie, but no one believes she’s real, and we see the friendship dynamics of the group change as Dustin spends more time with Steve at his job at Scoops Ahoy, and Will just wants things to go back to the way things were, before his friends were all obsessed with girls. Oh and Karen Wheeler is hoping to start a summer fling with Billy. Speaking of Billy…

The Tragic Story Of Billy Hargrove

So in this season, it seems as if the big bad is going to make Billy its bitch, which leads El and the gang to try to figure out how to stop him. While El is using her powers to do this, she gets a glimpse into his past and learns about how he was abandoned by his mother and abused by his father. Billy winds up redeeming himself in the end. I won’t completely spoil it for you, but I will say that it’s a tearjerker.

While it does have its flaws, the third season of Stranger Things is a solid season and it does seem to pick up around the episode four mark. I liked how they basically turned Will into Harry Potter, making him able to tell when the big bad was around, giving the gang a bit of an advantage at times. And of course the acting was great, as always.

Season Four And Beyond? My Hopes For The Future

This is where I think I may lose everyone. I honestly don’t know if the show needs a fourth season. Ok, sure, it had that mid credit scene where they set things up for another season, but with the way this season ended, it just feels like a natural stopping point. Of course, I’m not going to complain if we do get more seasons (unless, of course, they suck), but I just don’t feel like the show needs any more. It feels complete. And I’m cool with that.