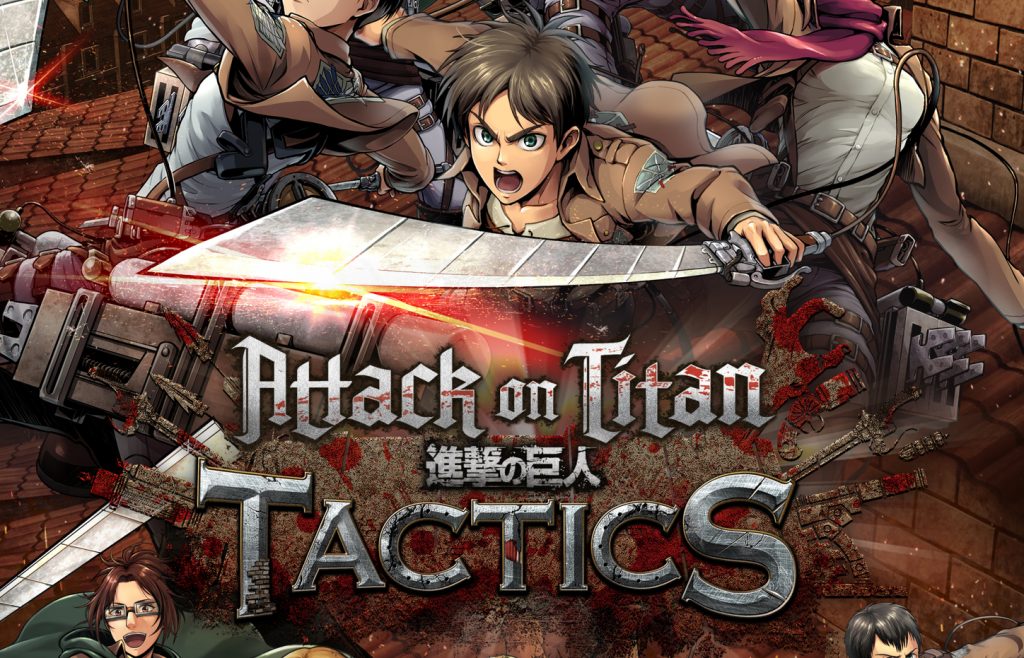 At Anime Expo 2019 I was lucky enough to be invited to test out a new mobile game. Attack On Titan Tactics coming out early fall 2019 in the US, Canada, and Australia. The game is currently out in Japan right now and has over 1 million downloads so far. The company behind the game is DeNA they are a Japanese company that does a little bit of everything. They work in automotive, health care, and even own a baseball and basketball team in japan.

Now to get into the actual game itself Attack On Titan Tactics is tower defense game with real time strategy. But unlike your usual tower defense game this isn’t a slow base set up a turret and watch it play out. As a matter of fact, it kind of feels like another mobile game Clash Royal. In the way of how fast pace it is. As well as timing in regards to how you spend your points. Each character has cost a certain amount of points. And you have to wait till you have enough to play them out on the field. Much like Clash Royal but unlike clash you can’t have copies out on the field so if you have Levi out and his card comes again to play him and he’s still out there, you have to wait till he’s fully done to play him again.

You have to survive a certain amount of waves. Each round with a team of characters that you choose before the game even starts. The higher you get in waves the more titans you’ll have to kill to complete it. With a Boss titan coming out every other wave. With that being said they’ll be a couple of different titans too for example you’ll face slow beefy ones, small and fast ones, and some normal titans too. So the game will throw a mix of them at you the more you progress.

Each character in the game has there own unique playstyle. For instance conny will stay out and fight until his life is completely drained out. And Arwin will only attack a certain body part of the titan making them handicap temporarily. Even more if one of your team members is about to get eaten you can deploy someone similar to arwin to save them before they are killed off. But if you don’t have anyone on your team with that ability you’ll have to kill the titan before it’s too late. They even have canon balls and artillery you can set up to help fight the titans from a distance too. They have other classes too that will alter the way you play it.

You’ll even have a special bar too. The second it’s filled up you can use any character you have out and activate it. That will allow them to do more damage then they would usually do. As well as open a cool little animation so you can enjoy them killing whatever titan you chose in style. (Little tip I’d save it for a boss fight)

One thing that makes this game stand out is the level system too. The more you progress in the story the harder each level will become. Forcing you to use better and better characters so you stand a fighting chance. You can either buy them with in game money or use real life money to get better characters. But if you find your favorite AOT character early on and they’re weak have no fear. Because if you decide to you can upgrade them fully to the max level too. Which is something you don’t see too often in mobile video games and making it more consumer friendly.

As mentioned before the game will have a story to it. It’ll launch with season one fully out. The game briefly touch on all the important parts that played out for the people who maybe don’t know anything about AOT. So that way they aren’t completely lost. As well as having original short episodes for just about every character that’ll give you a little bit more of an insight on them. They’ll have special events too so the game will be launching with a lot of content that’ll be sure to keep you busy for a little while.  To add a cherry on top it’ll even have the original sub cast in the mobile game too.

Attack On Titans Tactics was a blast to play I enjoyed a lot. And can’t wait until it’s out here in the united states because I know it’ll be my new mobile game to play all the time.