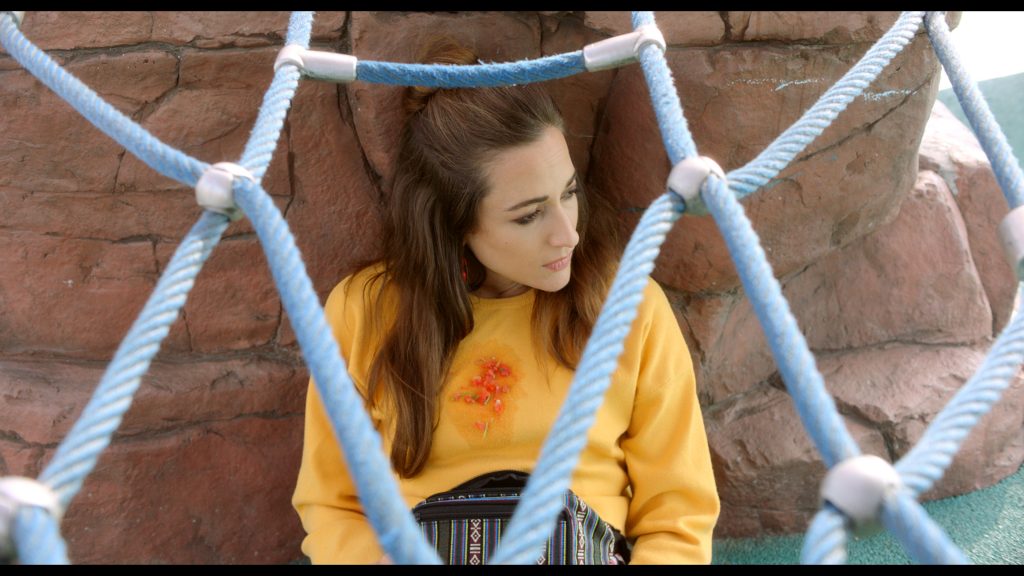 The Happy Side by Michelle Dos Santos tells the story of Carla, a retail employee who is supposed to be having an epic day off. The story will resonate with anyone who has worked in retail and lived paycheck to paycheck. Often wondering why you put up with a shitty job. Carla’s journey to work on the day her boss calls her in because they had “one no show and three call outs” is a good insight into what goes on daily for any retail worker.

“Thirty-something retail worker, Carla, is burned-out from her job. She has spent years working her way up the corporate ladder at a tacky fashion retailer, but her boss, Bruce, gives her no recognition. He only cares about the numbers. So on what appears to be a busy day, he calls Carla in on her day off, telling her if she doesn’t come in, she won’t have a job anymore. Carla, who is already in the mind-set of being lazy and enjoying an “epic day off,” must choose her dignity or her job. But sometimes the universe has other plans.”

The film stars Carolina Ravassa as Carla who you may also know from her work in voice acting as Sombra from Blizzard’s Overwatch and from her role in Mr. Robot. Playing along side her are Greg Bryan as Bruce, Jearnest Corchado as Jules, Cooper Mothersbaugh as Douglas and Frankie Quinones as Hector.

The story starts out with Carla in bed enjoying her favorite soap opera when her boss Bruce calls. He gives her an ultimatum and she hesitates to agree to come in. This sets off a chain reaction of upsetting events for her that continue throughout the film until she gets to her job at 4pm.

The thing that I like most about this film is that it so accurately depicts working in retail. You have the incompetent boss who doesn’t do anything but delegate the real work, and Carla who goes to work everyday with a smile on her face and wonders why. There is a heart to heart at the end with a shoplifter, where you learn that she feels like she is just going through the motions. The end has a really touching moment but I won’t spoil it for you! You are going to have to watch this for yourself!