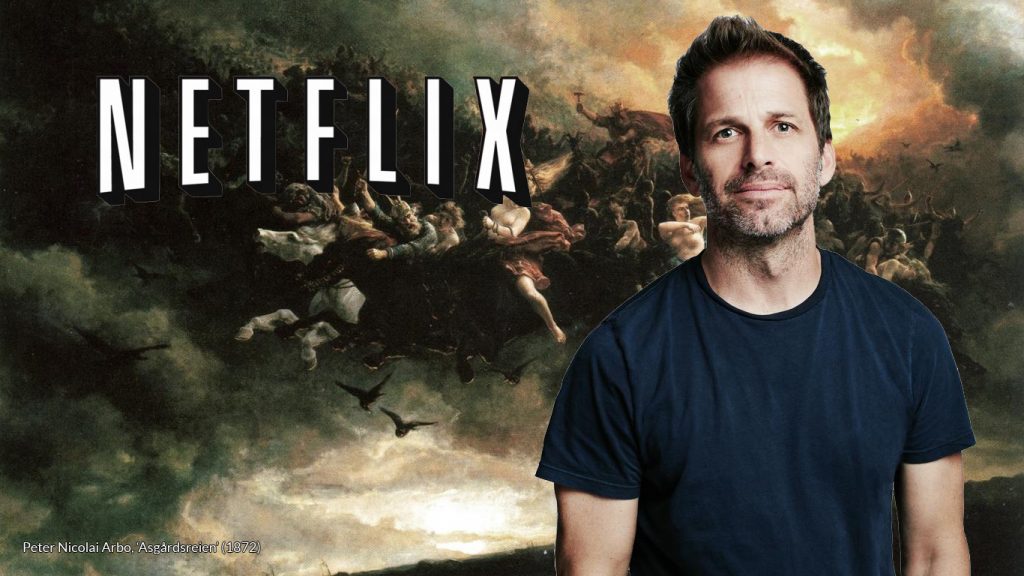 It was announced today that Netflix’s next big anime project will be a collaboration between Zack Snyder and Jay Oliva. The two will be creating a series based in the world of Norse Mythology.

Zack Snyder (Watchmen, Man of Steel, 300, Army of the Dead) will create the series and also executive produce. Jay Oliva (Trese, Batman The Dark Knight Returns, Justice League The Flashpoint Paradox) is serving as co creator while also showrunning, directing, and executive producing. The duo have worked on over a dozen feature films together including Justice League, Batman v. Superman: Dawn of Justice, 300: Rise of an Empire, and Man of Steel. Producing alongside them will be Deborah Snyder and Wesley Coller through Stone Quarry Animation, their production companies newest venture with Oliva.

“Zack Snyder’s innovation in visual storytelling has pushed the industry forward and established him as one of the most distinctive filmmakers of his generation. We are beyond excited to partner with him and his exceptional team to bring the iconic characters and stories of Norse mythology to life in his inimitable style,” said John Derderian, head of Anime programming for Netflix.

Currently Snyder is wrapping up the zombie thriller Army of the Dead for Netflix. His work on that encompasses everything from directing, writing, and producing so it is clear that Netflix already holds him in very high esteem. Oliva is also currently in production with Netflix working on the Manila-set original anime series Trese.

Netflix strives to bring us the most content found on any streaming service anywhere and they have bumped up their Netflix originals ten fold in the last couple of years. Netflix now homes many beloved anime titles including ULTRAMAN, Aggretsuko, Castlevania, Devilman Crybaby, GODZILLA: The Planet Eater, BAKI, Violet Evergarden, B: The Beginning, and The Seven Deadly Sins. Netflix has also announced several other upcoming anime which are currently in development and based on global IP. Titles such as Magic: The Gathering, Pacific Rim, Altered Carbon, Ghost in the Shell: SAC_2045, and Transformers: War for Cybertron. New anime series Cannon Busters, Seis Manos, and Levius will all launch later this year.