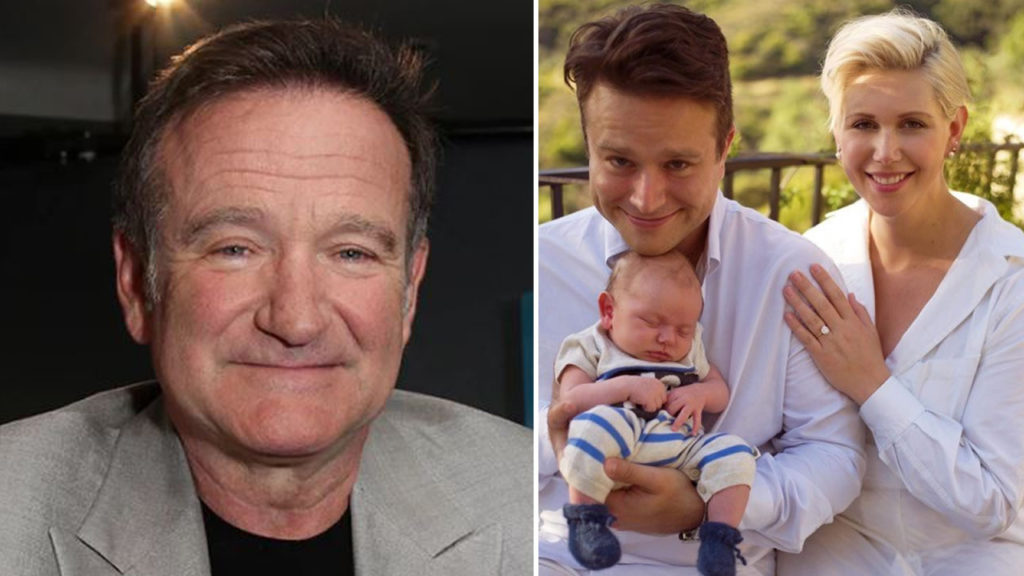 When you become a parent you get a rare opportunity to honor the memory of a loved one. You get to choose the new child’s name. Robin Williams’ family is honoring him by naming their children after him. Zachary Williams, has named his first born son McLaurin Clement Williams. “Mickey” was born May 22nd and weighed 8lbs. McLaurin was Robin’s middle name and Zak is happy to have his father live on through his son. The rest of the world is cooing along with the family as they share this adorable news. Along with this we get to see photos of the family and take a look at how happy they are.

He said, “He’s a cute little dude… Olivia June and I are super excited and proud to be his Mom and Dad.”

The world lost Robin to suicide in 2014 and has never quite recovered. Fearing that he would deteriorate due to his battle with Lewy Body Dementia. LBD is a form of Dementia and can cause Hallucinations, fluctuation in mental status and impairment of motor function. Robin battled with depression his whole life. Using his comedy as a way to present himself to the public, often hiding what was really going on inside.

His son Zak spoke out when the news of his suicide broke. He said, “I lost my father and a best friend and the world got a little grayer. I will carry his heart with me every day. I ask those that loved him to remember him by being as gentle, kind and generous as he would be. Seek to bring joy to the world as he sought.”

Zak has chosen to honor his fathers memory with his newborn son. Zak is an advocate for Mental health and Suicide awareness. We can be sure that baby is going to be well taken care of.

Robin has been honored in a number of other ways since he passed. He has an entire island in World of Warcraft dedicated to him. Will Smith has spoken out about honoring the late actor and comedian concerning his performance on the new 2019 movie. As time goes on there are sure to be more movies made and more people dedicating their performances to him.