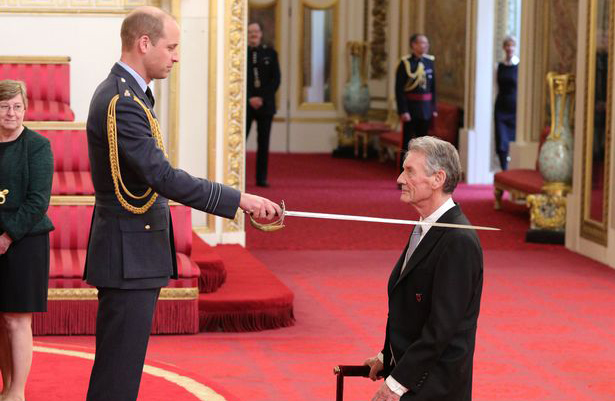 Earlier this week Michael Palin, who we know from the Monty Python series was knighted! Palin was knighted by the Duke of Cambridge. The Monty Python star was knighted for his contribution to travel, culture and geography. This makes him the first Monty Python star to be knighted. He did mention however that John Cleese once turned down the honor. He reportedly had to keep back the jokes he wanted to tell. Mainly to keep in line with the prestige of the event.

Now not only will the world remember him as one of the knights who say “Nee!”. We will remember him as a real life knight. Thanks to him being on the list of 2019 honorees. Along with Michael, Twiggy a model who shot to fame in 1960, was made a Dame. She was awarded for her services to Fashion, the Arts and Charity.

There have been a few others who have been knighted this year. Akira Toriyama who most famously created Dragonball was knighted by France. He did not attend as he is very private but his publisher accepted the award.