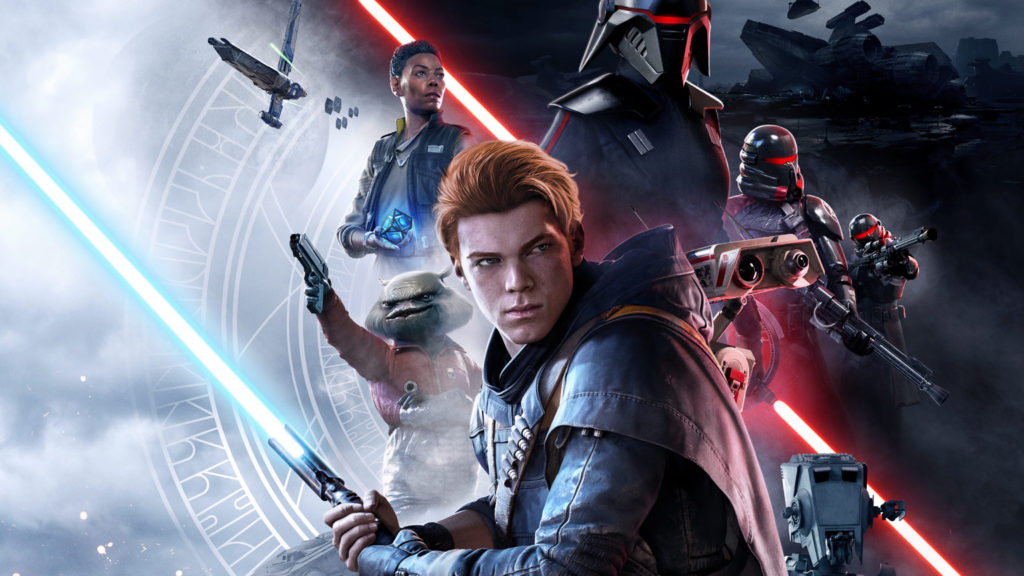 EA has finally shown us some long awaited gameplay for the newest Star Wars game, leading up to E3 this year(2019). Before going into the gameplay and what it showed off it’s important to mention that this game is 100% cannon to the Star Wars franchise. The game takes place shortly after the events of episode 3 and all the jedis are presumed dead. It’s going to focus on a young padawan that’s set on trying to reform the Jedi order. It’s also important to add you won’t have a choice in going light or dark at all made sure that it’s a jedi story. While playing the game too it seems to be that you will run across some familiar faces that we’ve seen throughout the movies, along with some similar droids too.

Now to go on with the actual gameplay that was shown off. The game does seem a little slow compared to other 3rd person Star Wars games. Unlike other games like the Force Unleashed it does not run as fast. It’s a much more grounded a little and seems to add more realism to it. So the game doesn’t have you jumping in a crazy fashion and doing all sorts of combos. (Or at least it wasn’t shown yet in the gameplay that was revealed).

To go further into the combos it does have a similar playstyle to games like God of War, Devil May Cry, The Arkham Franchise but as previously stated its not as fast as these games. It doesn’t seem to have any combo chains at all but you can have fun with killing stormtroopers in a wide variety of ways. But if that is a deal breaker don’t worry because the things you can do with the force is pretty neat. They’ve of course have the iconic force push and light saber throw, as well as a few new things too. You can stop shots in mid air like Kylo did in episode 7 as well as temporary freeze people with the force.

One thing the game does have to it that we didn’t really see was an upgrade system. So it goes without saying that when you first start off in the game you won’t have as many cool abilities at start. But the more you play the game the more you can upgrade your character to your liking. But have no fear the one thing you’ll seem to have throughout all if not most of the game is your trusty droid. The droid is going to serve as a companion and will help when it comes to inventory items. And a major plus he serves you stim packs when you’re low on health.

And of course they’ve introduced much more to the Star Wars lore. With new kinds of imperial enemies and all sorts of new creatures too. The game does look beautiful from what was shown off and looks very promising too. Be sure to check out the full gameplay they’ve released for it. Star Wars Jedi Fallen Order is set to be released on November 15th 2019.