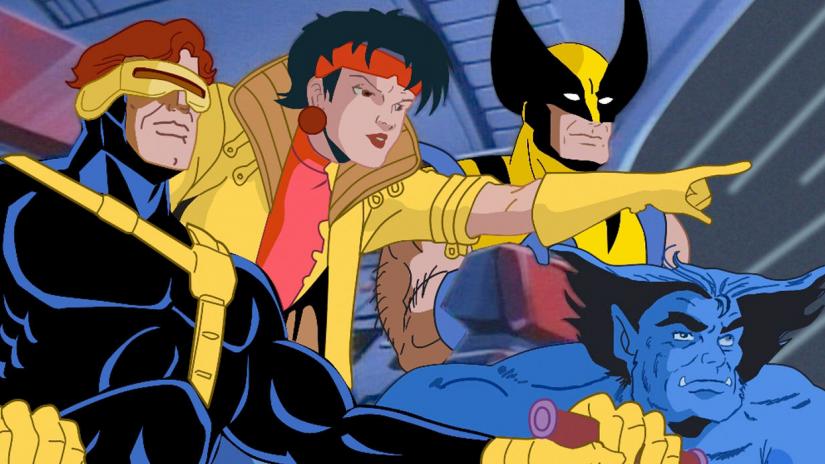 If you haven’t heard already the people who worked on the original X-Men the animated series have pitched to Marvel to bring back the cartoon. The key idea to this is not to reboot the series but to instead continue where the show left off in the comics. I think that we can all agree that the show is one of the most Iconic superhero shows of the 90’s. And you will never be able to beat that theme song.

Here is a list of reasons that the show would not only be a smart idea but a massive success if they were to make part 2 of X-Men the Animated Series.

Marvel Has Inundated Kids with a Love of SuperHeroes

It’s no secret that kids love super heroes and with most parents now having been born in the 80’s and 90’s there is a high chance that when this comes out they will run to show their kids. I know I will. Parents have been taking their kids to see Avengers and Captain Marvel at young ages and those movies have shaped their minds. You may not think your four year old is paying attention on their tablet but they surprise you by being able to tell you point for point what went on in the film. If we were to bring it back now and hopefully not actually make it “for babies” and dumb it down (like Teen Titans Go) we will actually be helping the future of comic book nerds. We can create the narratives we want to see continued throughout time and kids will remember them. They will then in turn grow up and work on future films keeping the heart of these stories in mind.

After Disney’s acquisition of Fox we have been officially wiped clean of the X-Men. We are in a limbo that is not quite a space where we know what is going on. Do the other X-Men movies exist? Are we wiping the slate completely clean? Why not test the waters with a show that has been tested throughout time and consistently been referenced. If they were to put out the cartoon now they would be able to cast voice actors in the roles that we associate certain actors with. Wolverine IS Hugh Jackman. But not if we were given the chance to fall in love with the character all over again in his cartoon form. Think of it as taking a drink of water after having a bite of something really good, and then tasting something different for a change. They could cast anyone, someone not familiar to us to voice him and we would be perfectly happy with it because we aren’t trying to associate the character with a likeness anymore. Or even better if they could bring back some of the original cast of the show. I know they are gathering at the next Los Angeles Comic Con later this year, and what better time to approach them than when they are all together!

DC while I hate to say it has amazing cartoons, cartoon movies, and live action shows. You can put on any of the Joker, or Batman cartoon movies and it will play out an entire arc. And you know what? They come across a lot better than the actual movies put out by Warner Bros. Or at least they did until we got Wonder Woman, Shazam! and Aquaman. The cartoons aren’t afraid to be gritty and they can pull it off easily with the colors, and voice work that they apply to the aesthetic. It is much easier to take the cartoons seriously than say BvS, but I won’t go down that road. Marvel could take it and like I said before if they don’t dumb it down and make it FOR kids they have a chance at igniting a massive hit. I can tell you that people will tune in and like when they were kids they will grab their cereal bowl and park it at the table just to eat breakfast and watch X-Men again.

It’s Been Too Long

We need this. It has been so long since we were able to watch the Blue team really go at it that I can’t remember the last time it was actually broadcast on TV. It started its broadcast October 31, 1992 and finished up season five September 20, 1997. 1997 is (and here is where I get really depressed because I’m doing the math) 22 years ago. That’s two decades of not having a story continued. I know there are other X-Men cartoons, and they were good and I watched them too, but if we are being honest the 90’s version is the best and most honest to the comics of the time. And it’s easy money because of course now it would be picked up by a streaming service and that would be amazing. Probably Hulu since they were bought out by Disney recently and or Disney Plus. Either platform is bound to make some cash for the company especially if they release the first series in anticipation for new episodes. And I would hope that they kept a similar cartoon style but if the heart of the show is there and they can remix the original theme into the opening then Heck Yeah.

We’re Ready For it

We just got finished with the Fox franchise. Dark Phoenix is out and this weekend we are going to see how the reception is for that. It’s supposed to be another five years until we see any sort of X-Men in the Marvel Cinematic Universe according to Feige and their Phase planes. We are ready for a cartoon. And we are ready for it now. It is a chance to show the world that the X-Men films when they are announced, produced and put out are going to rock it. If they can build up the world for kids, teens and adults first through the cartoon they are going to smash this out of the park. They spent 22 movies on building the Avengers. Let’s take that first step with continuing the animated series and ease our way into a massive X-Men movie franchise done right. Sure the others were good, but these new ones are going to be magnificent. If we could get individual movies and tie them all in together so that we can get sufficient character growth and development and then see them team up together? That would be the smartest move by Marvel yet.

What do you think about bringing back the cartoon? Are you ready for it? Tell us in the comments what you think!