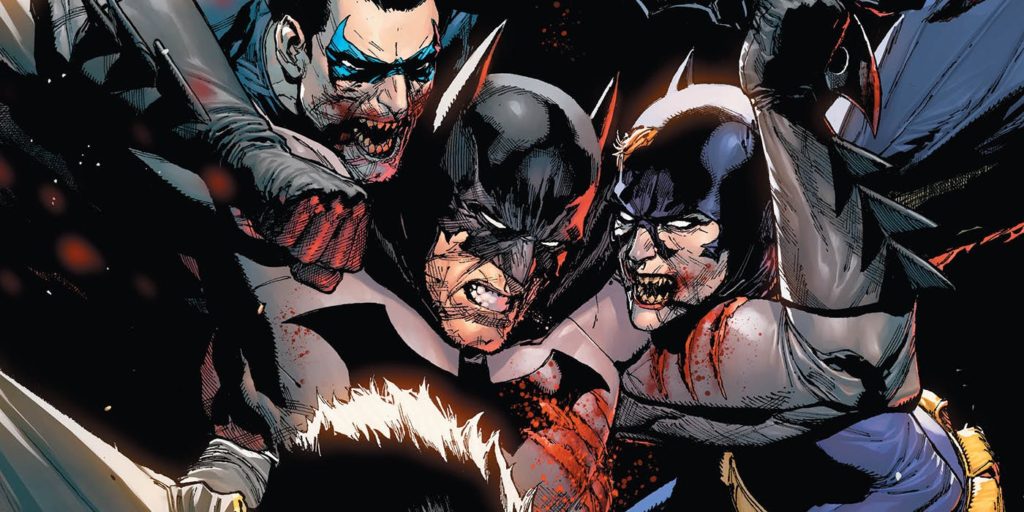 A new Lantern vs Zombies in DCeased

Welcome to the Killjoy Corps

More often than not, when you have a killer concept and a fantastic opening, the second issue can foretell the success of a story. With the Latest Issue of Dceased, It’s clear that this issue is the transitional piece that’ll lead us deeper into this fantastical abyss.

We start off immediately where we left the last issue – with the Anti-matter Zombies are terrorizing the world, as the separated heroes need to meet up and figure out what to do. We seem glimpse of Harley and Ivy, where Quinn is going to confront the Joker without knowing that he’s infected. We cut away to the trio of Black Canary, Green Arrow and Green Lantern – the latter of which is infected when he takes a look at his phone. Forced to take him down, Dinah Lance becomes the New Green lantern of the sector and the couple meet with superman to reconnect with Batman.

Batman himself, informs the team that he is infected and will soon succumb to the infection. He informs them that the virus cannot be cured and that in order to stop the spreading, the host must be destroyed as well as the internet . It’s then he says goodbye to them and his son damien, and stays in the cave where he is overcome by the virus.

The issue is left on a grim note, as the tension rises on the knowledge of the deviation that has happened and the uncertainty of what’s to come.

Artists Trevor Hairsine and Stefano Guadiano  continue to construct this wonderfully awkward and specific world through their art. This jankey style works well with the Tom Taylor’s writing, which is coy and dramatic as the same time. His ability to stay true to character, even in a what if story like this, is appreciated.

What do you think of this series ? Fantastic or flop ?! let us know in the comments down below .