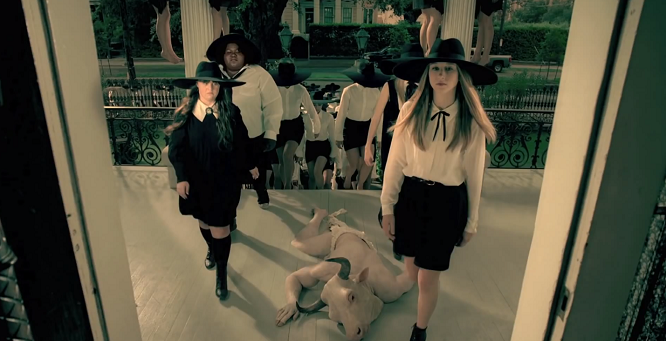 American Horror Story usually follows an anthology formula, where each season has its own unique plot and cast of characters, that are usually played by the same actors. Last year they decided to shake things up with the Murder House (season one) and Coven (season three) crossover season, Apocalypse. Season eight (Apocalypse) saw the return of Tate Langdon and Vivien Harmon’s son, Michael, as he grows into his role as the Antichrist. The witches of Coven also make a comeback in hopes to save the world from him.

This year the show will be back to its anthology format with season 9, titled 1984, and will be themed around 80’s slasher flicks, then it’ll be back to the Coven after that.

I, for one, am very curious to see how we revisit the Coven. Will we go back in time to the days of the Fiona Goode supremacy? Will we go into the future to see what has become of Miss Robichaux’s Academy for Exceptional Young Ladies, post Mallory’s Antichrist hit and run?

And perhaps the most burning question is, will Evan Peters be returning? Only time will tell.

Uncontrolled Explosion Occurs on the Set of “Bond 25”

A new Lantern vs Zombies in DCeased