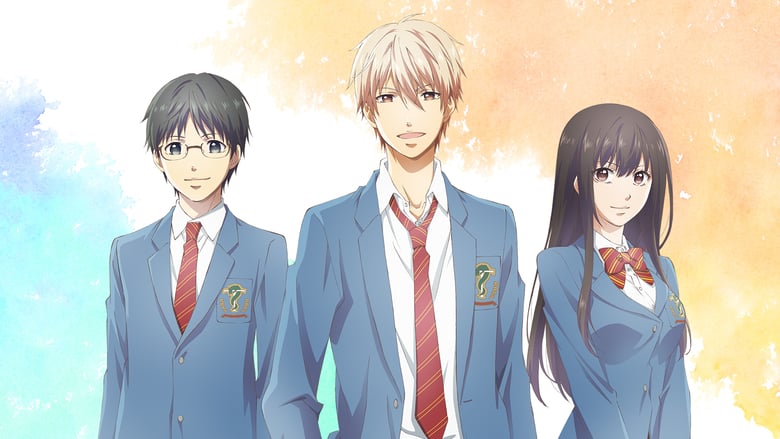 ‘Kono Oto Tomare! Sounds of Life’ is a Charming Slice of Life

Starting this anime on a whim I couldn’t be more happy I picked it. Kono Oto Tomare is about a group of kids who band together to fight for the right to keep their koto club. While this is very much a musical anime it is more focused on the people involved with it and their progression as they grow and overcome their past experiences.

Takeza Kurata is the club president, only because he had joined the Koto club the year prior when it was in full swing. Unfortunately everyone who was in the club graduated and moved on to other schools so he was left all by his self. Performing at the club showcase at school he does horribly making most all his classmates cringe and make fun of him. He is also bullied in the beginning and it isn’t until Chika comes in that he makes a real friend.

Kudo Chika is a misunderstood “Bad Boy”. He has a spotty past and has been framed for things that he did not do. So when the Vice Principal gives them a deadline of one month to put on a Koto show that is up to his standards he does so with the intention of disbanding the newly formed club and kicking Chika out of the school. Chika has his reasons for wanting to join the Koto club and while it is revealed over time his character development is some of the best and most heartwarming that I have watched in an anime.

There is a girl in the club who joins for her own reasons. Her name is Satowa Hozuki. She comes from a lineage that is known for playing the Koto but was recently kicked out of the school in which her father had been headmaster. She suffers from many issues that you see worked through in the show. I don’t want to go into it too much because I don’t want to spoil anything for those of you who may want to watch it.

What I am trying to say is that you need to watch this story unfold. I didn’t expect to be so drawn in but the set up for the show is so good. They contrast the two boys stories so well that you can’t help but root for them to succeed. And when Satowa comes in she puts on this air of cute and that she is a team player until she finds out there are no other girls. Then she reveals her true nature which to me was super funny and relateable. When they add the rest of the cast, Chika’s friends it completes the club and that about brings us up to episode 6.

There is even an element of romance or at least I think so. Satowa certainly gets nervous around the kindness of the boys and I am secretly hoping that she ends up with Chika. I think they would be good for eachother.

The way that they all band together and help eachother grow and learn to play the Koto is truly a sight to behold. The storytelling in this show is great and draws you in from episode one. This show is still on going and I have added it to my que in the Funimation app. I can’t wait for this one to keep going and I hope that it either wraps up satisfyingly or maybe even has a second season.