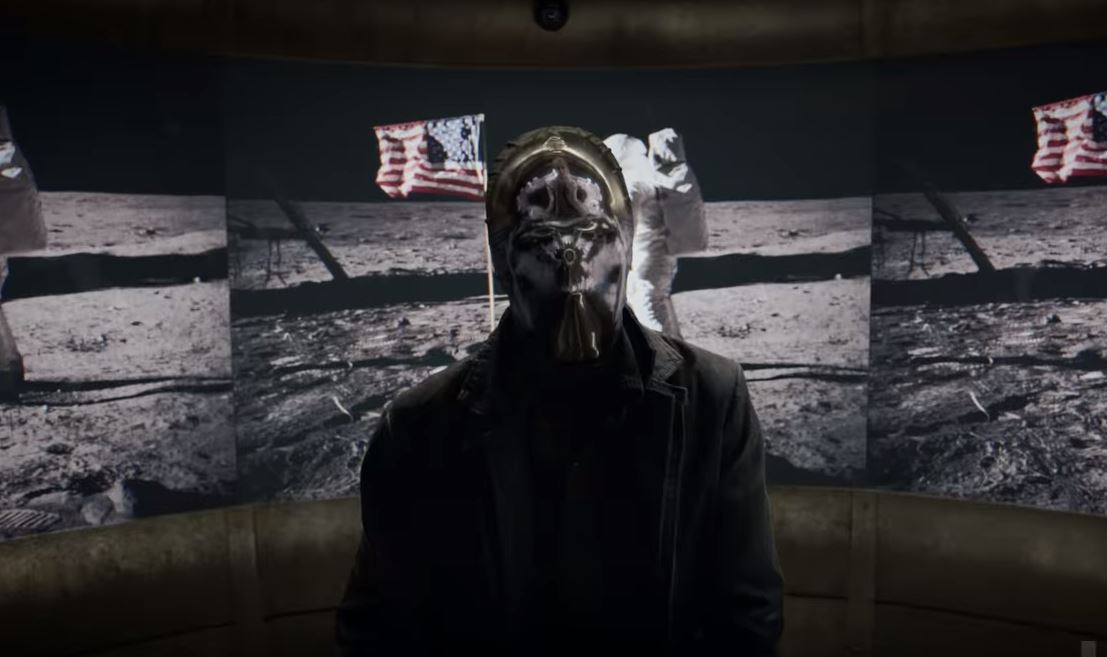 Ever since news broke that HBO and Damon Lindelof were doing an adaptation of the graphic novel Watchmen, information on what that would actually look like has been…scarce. The classic graphic novel by Alan Moore carries a ton of baggage over whether it is even possible to make something that captures the epic spirit of the series. There has been a vocal group of people, myself included, that felt the only way to make a live action version would be as a TV series to capture all the details. When the show was finally announced in 2017, fans held their collective breath as to what a new version would be.

A bit of casting here, some images there but nothing to indicate what this project was actually going to look like. The biggest point of confusion was the casting of actors that did not have an easy corollary to a character in the book so it seemed that it was going in a new direction. The wikipedia page listed the names of some characters but there was no confirmation that these were official. Today’s teaser trailer is the perfect example of what Damon Lindelof does as a creator, we have a few questions answered as well as a whole slew of new ones.

The major thing that the teaser indicates is that this is a full on sequel to the original series. The most prominent image is we now have a whole crowd of Rorschach’s chanting tick-tock at the camera in a church. Their language is way more evocative of the movie version of V For Vendetta where the guys in the masks are talking about being “everywhere and nowhere.” There are some cryptic lines said by characters saying that people are assumed gone have now arrived again. The Rorschachians are seemingly a freedom force or a terrorist organization and are trying to start a revolution. There are also flashing images of cops wearing yellow masks. The use of yellow hints that maybe the police see themselves as Minutemen as well, but more specifically in the manner of the violent fascist, The Comedian. The trailer hints that Rorschach has become a become a symbol for anti-government conservatism, an element further highlighted by the fact that they seem to gather in a church. While the police are aligned with the violent law-and-order tactics of Edward Blake. Regina King’s character looks to be a police officer that has taken on an alter ego to perhaps find a way to prevent the conflict from getting worse.

All of this points to a world where the novel already happened and we have characters that are following in the footsteps of the original Minutemen. My guess is that now that the Watchmen have become the models for ideology, our protagonists must put on masks to hopefully fend of the potentially disastrous results of that fact. It also looks like it is commenting on the nature of hero worship itself, and a reflection of how we have appropriated the symbols of comic book characters in our culture. Superhero worship is at an all time high these days and not a day goes by that you don’t run into someone wearing a Batman t-shirt or an Avengers hoodie. We have internalized these characters as parts of ourselves in how we dress or see the world, and also drawn lines about what heroes are better. These heroes have, for better or worse, helped define our concept of morality and what we see as just. Even a symbol as seemingly innocuous as Batman or Superman can represent what you idealize in a hero, power or hope. Watchmen looks to mirror that idea but with it’s own twist. Unsurprisingly, the show seems to portray that fact as a really bad idea.

Doing a show about Watchmen without being Watchmen is a bold stance and has been previously met with quite a bit of controversy. DC has been trying to expand on that world for a few years now, starting with the critically divisive Before Watchmen comic series in 2012. Many talented writers and artists came together to offer new stories set in the Watchmen universe, but the results were mixed and wildly uneven. Moore, for his part, fully denounced these books and made it clear that he sees the spin offs as cash grabs.

That has not stopped DC from going digging in and hinting that Dr. Manhattan is somehow responsible for the DC Rebirth in 2016. Last year’s Doomsday Clock series has been pushing that idea further as showing Watchmen’s universe and the DC universe are connected. In that current series, Adrian Veidt’s climactic plan to save the world was found out and is now once again on the brink of nuclear war. Veidt escapes to the DC universe to find a way to save his world, but there are still tons of questions of what happened in between. The tv show could possibly be a way to fill in those gaps and show how Veidt’s conspiracy was found out. Or it could be a brand new story that has nothing to do with the comics at all. That would be a disappointment if they are indeed telling two different stories that don’t line up.

While I am mixed on doing anything to Watchmen, that kind of multimedia storytelling is ballsy. I am all for anything that tries something bold, even if it falls flat on its face. I am also admittedly an apologist for Lindelof, who is a great idea man but who also tends to rely a little too much on mystery without satisfying answers. Whether it succeeds or not, it will give us something to talk about once Game Of Thrones wraps up next month.

Lux Prima Radiates The Beauty Of The Collaboration Album