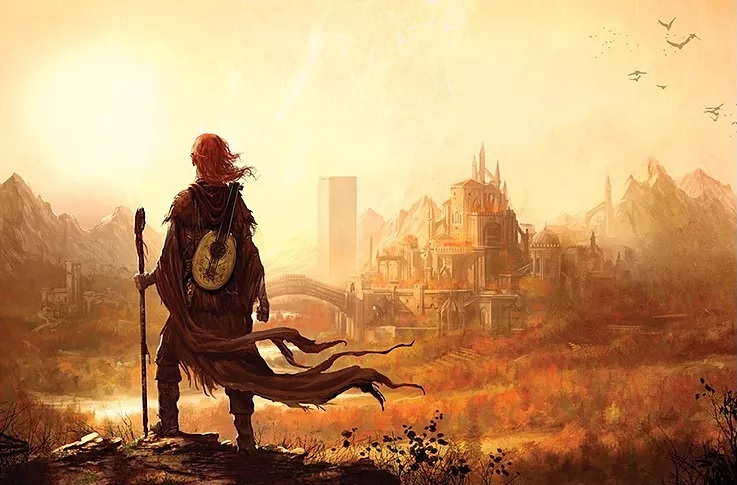 In a recent post by Kingkiller Chronicle author Patrick Rothfuss, he describes himself as “getting my literal and figurative house in order so that I can go back to getting more creative work done.” Unfortunately there was no specific news on the book three release titled “Doors of Stone”. However, there was definitely good news for those of us waiting to eat up anything he throws our way.

“I have a couple ongoing projects that I’d *really* like to finish before the heat death of the universe,” Rothfuss wrote.

The most noted of these projects is a graphic novel with collaborator, artist Nate Taylor. Rothfuss announced this collaboration would be a Kickstarter project expected to be launched later, but definitely in 2019.

Unfortunately Rothfuss didn’t give us a name for this graphic novel project or describe the plot. Though he described the graphic novel to ScienceFiction.com in December, 2018 by saying, “I’m working on a comic book with my friend Nate Taylor to do an illustrated version of the full story of The Boy That Loved the Moon.” Which is a reference that involves some digging into the Kingkiller novels to understand that reference. In short, it is an allegorical fable-like tale within the novels.

Ultimately, the Kingkiller Chronicle universe will be expanding. Will we get more questions than answers? Most likely as Rothfuss enjoys a beautiful blur between reality and fable within his world.
That’s ok, we will wait perpetually teased as long as we get something!

The UK covers for the first two books in Patrick Rothfuss’ “The Kingkiller Chronicle.”