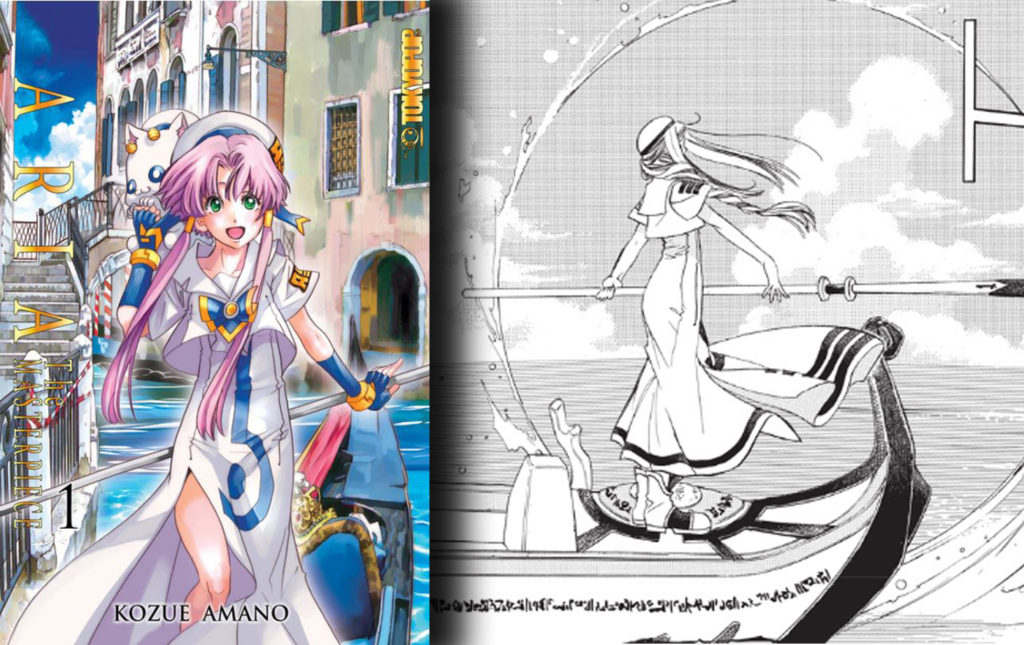 Tokyo Pop has announced the publication of Aria: The Masterpiece Vol. 1.
Each book is a combined 2-in-1 with a beautiful gold foil embossed cover, full color double page spreads, and an average of 350 pages of manga per volume.

Aria is a story about a girl on the planet Aqua, a world once known as Mars, Akari Mizunashi has just made her home in the town of Neo-Venezia, a futuristic imitation of the ancient city of Venice. In pursuit of her dream to become an Undine — a gondolier who leads high-end tours around the city — Akari joins as a trainee with the Aria Company, one of the three most prestigious water-guide companies in Neo-Venezia. There, she explores the beauty of the city and the world along with other trainees from Aria and rival companies, working hard for her dreams and making new friends along the way.

The story is written and illustrated by Kozue Amano and has had an anime made from it. Currently you can watch the Japanese Dub on Crunchyroll however we can expect an English dub of it very soon as they have just successfully ran a kickstarter to do so. This story is very cute and if you haven’t watched it you should. And check out the manga when it becomes available!