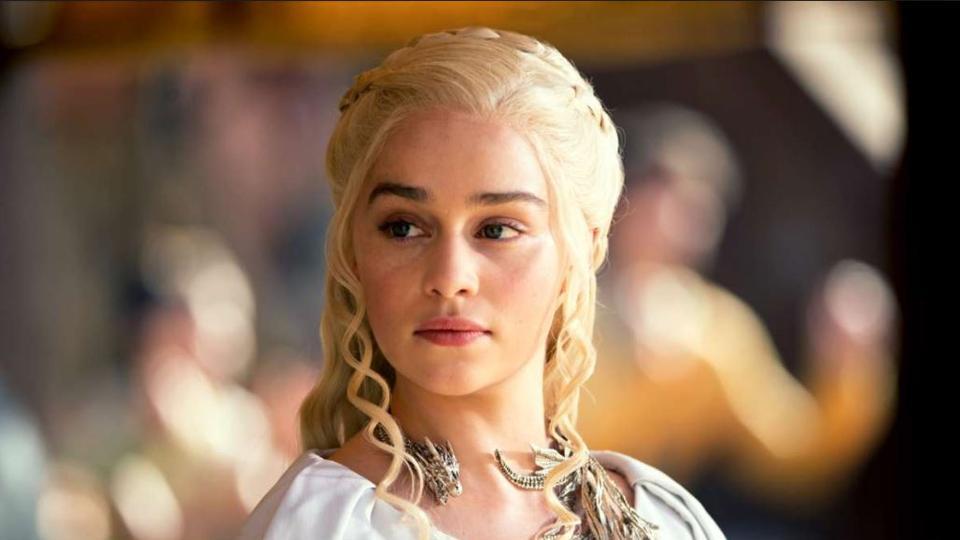 If you ever wanted to know how dedicated Emilia Clarke is to her acting here is some proof that she is one tough cookie. While filming Game of Thrones, the Mother of Dragons suffered two aneurysms and two brain surgeries.

She published the events in a personal essay in the New Yorker. She was at the gym in 2011 after the first season had finished wrapping when she had the first aneurysm, hospitalized and then treated. She was terrified of not being able to act which shows who she is as a person and how seriously she takes her commitments. Finally she started to calm down and focus on her health but for moments there she was so overwhelmed about not being able to continue acting she just wanted to end. At a point in recovery she suffered from aphasia which impacted her ability to speak.

She finally made it through and went on her press tours. “I vividly remember thinking, I can’t keep up or think or breathe, much less try to be charming. I sipped on morphine in between interviews. The pain was there, and the fatigue was like the worst exhaustion I’d ever experienced, multiplied by a million.”

She made it through and it wasn’t until the wrapping of the third season she had the next big scare. The second aneurysm was much worse than the first and they needed to do invasive surgery this time. What started out as a check to see how things were with a brain scan turned into a nightmare. She went in and they scanned and saw that the growth on the other side of her brain had doubled in size. They needed to operate immediately, and they did. Only with this surgery it was unsuccessful and she started to bleed.

“When they woke me, I was screaming in pain. The procedure had failed. I had a massive bleed and the doctors made it plain that my chances of surviving were precarious if they didn’t operate again. This time they needed to access my brain in the old-fashioned way—through my skull. And the operation had to happen immediately.”

“I emerged from the operation with a drain coming out of my head. Bits of my skull had been replaced by titanium. These days, you can’t see the scar that curves from my scalp to my ear, but I didn’t know at first that it wouldn’t be visible.”

In her essay she wanted to make sure to tell people that she is not alone in this. Others have suffered far worse and that she is just a regular person.

“In the years since my second surgery I have healed beyond my most unreasonable hopes. I am now at a hundred per cent. Beyond my work as an actor, I’ve decided to throw myself into a charity I’ve helped develop in conjunction with partners in the U.K. and the U.S. It is called SameYou, and it aims to provide treatment for people recovering from brain injuries and stroke.”

I guess the takeaway from this is that Emilia Clarke is a fighter and a survivor. She is the embodiment of grace and we are so glad that she made it through and was able to tell us about us. It makes sense that she would not speak up during the filming of Game of Thrones as to not worry the fans about the outcome of the series and she has such a sense of commitment she was able to think about all these aspects when she did decide to come forward.

Thank you Mrs. Clarke for being awesome.