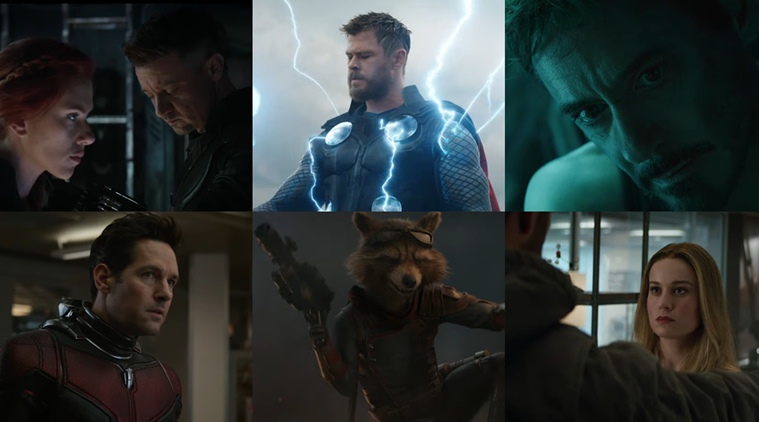 Fans have been poring over the latest Endgame trailer since it was released, looking for clues to support their theories or to spark new ones. The trailer had a whopping 268 million views in the first 24 hours.

While it doesn’t really seem to show much of anything, just some scenes out of context, theories and questions have emerged:  Are those white uniforms quantum realm suits? Is that Kate Bishop with Hawkeye? What’s that thing Ant-Man has?

As if it wasn’t difficult enough to try and piece anything together from the trailer, now comes word that the Russo brothers have made it intentionally misleading. Some of the footage has been manipulated and some won’t even appear in the movie. This happened in the Infinity War trailer which included a view of Hulk fighting in Wakanda.

This is what Joe Russo said in a recent interview with Empire Online:

“[We] use all the material that we have at our disposal to create a trailer. We look at the trailer as a very different experience than the movie, and I think audiences are so predictive now that you have to be very smart about how you craft a trailer because an audience can watch a trailer and basically tell you what’s gonna happen in the film… We consume too much content. So at our disposal are lots of different shots that aren’t in the movie that we can manipulate through CG to tell a story that we want to tell specifically for the purpose of the trailer and not for the film.”

This may be a disappointment to fans who have enjoyed trying to discover clues and piece together a narrative for the movie. But ultimately the directors felt that keeping the audience guessing and unaware of any details of the film would only enhance the audience’s viewing experience. As Joe Russo said:

“The thing that’s most important to us is that we preserve the surprise of the narrative. When I was a kid and saw The Empire Strikes Back at 11 am on the day it opened…It so profoundly moved me because I didn’t know a damn thing about the story I was going to watch. We’re trying to replicate that experience.”

Most movies have to give away at least some of the goods during their marketing campaign to attract viewers. The MCU is fortunate in that its decades-long history and multiple films have all been leading to this moment. After the devastation of Infinity War, I don’t think Marvel needs to do much of anything to hype Endgame. And some fans have taken to creating theories based on what they think the “real” footage might have shown from their guesses as to what has been manipulated or shown out of order in the trailer. Some of those theories are pretty interesting.

But it seems like we may need to wait for April 26 to finally get our Endgame questions answered.