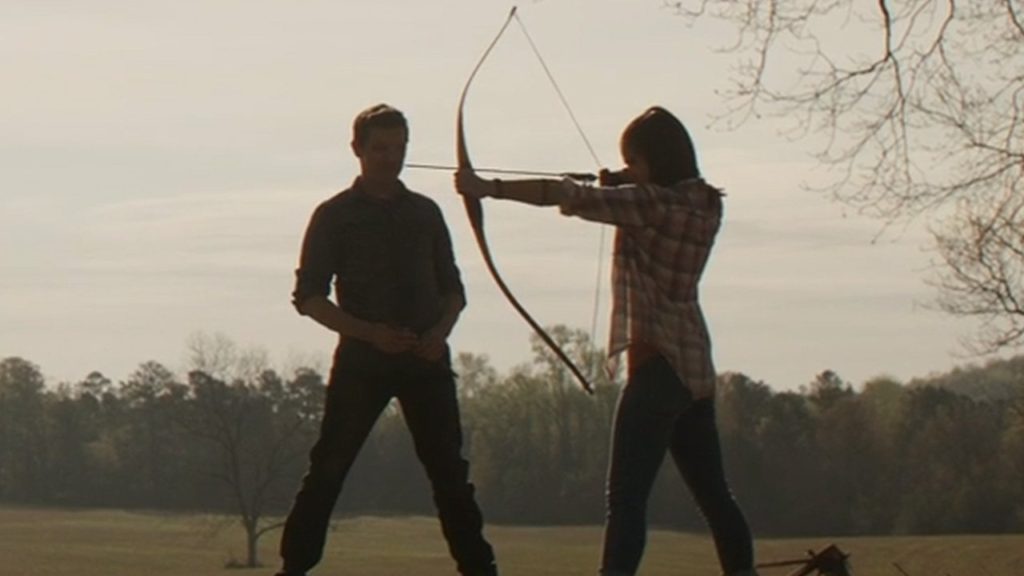 It quickly flashes through a montage of other scenes that fans have been picking through to try and glean any hints about what is happening in the upcoming film: Stark back with the Avengers (we knew if Endgame was his swan song he’d go out with a bang – not a whimper on a powerless spaceship); the new white uniforms (for harnessing the power of the Quantum Realm?); Rocket Raccoon perched on War Machine’s shoulder (pretty cool looking, but can it top his team-up with Bucky in Infinity War?); Thor meeting Captain Marvel; the remaining Avengers vowing to do “whatever it takes”; and Hawkeye teaching archery to a young girl.

Hawkeye was looking pretty dour in the teaser, probably as his Ronin persona, and wielding a sword instead of his trademark bow and arrows. That led to speculation that his family was dusted in Thanos’ decimation. It seems at odds with this more sunny and happy moment, which leads fans to believe that it could be a flashback to a happier time. The big question is: who’s the girl? (well, that and what’s up with that mohawk???)

The first and probably most obvious answer is that it is a father-daughter bonding moment between Hawkeye and his daughter Lila, who was introduced in Age of Ultron.

Another theory is that she is a character from the comics: Kate Bishop. Katherine “Kate” Bishop first appeared in Young Avengers #1 (2005) and was the third character to use the code name Hawkeye. She wore a costume modeled on those of Hawkeye and Mockingbird and became a protégé of the original Hawkeye. She later went on to be a superhero/private eye. Of course, there is always a third option: that Lila will follow in her father’s footsteps and take on Kate Bishop’s role as Hawkeye’s protégé.

Guess we’ll have to wait until April 26 to find out!