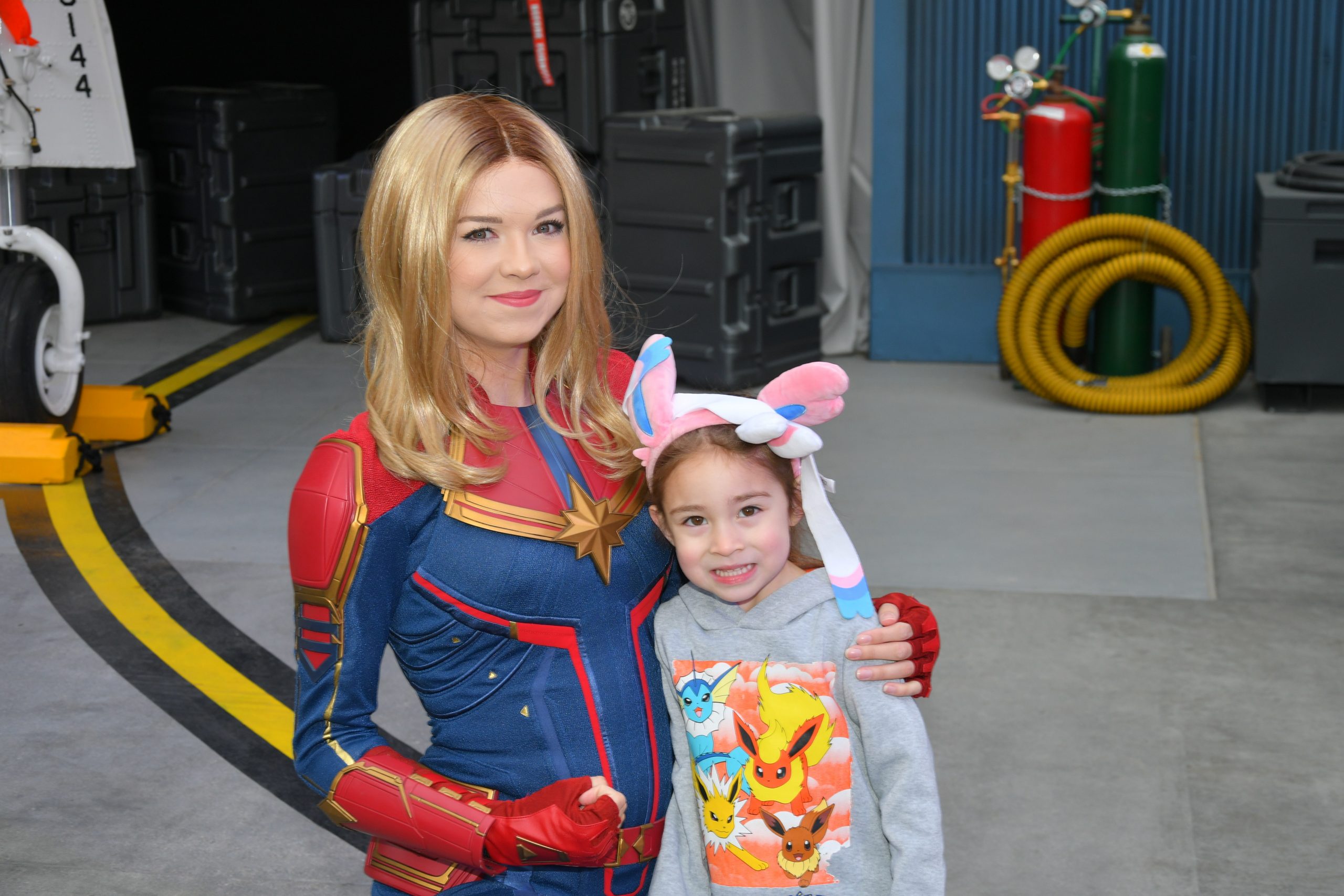 Captain Marvel at Disneyland for a Limited Time Only

Disneyland is now offering Captain Marvel Meet n Greets for a limited time only. They snuck her into the park within the last couple of weeks and she has been one of the most popular attractions to the Hollywood area of California Adventure.

The wait to see her is about an hour plus unless you catch her at a good time. While you wait in line you get to hear some awesome 90’s music and most of the soundtrack from the movie. It was funny to me because songs like “Runaway Train” played over the loud speakers of Disneyland. Runaway Train by Soul Asylum is most well known for being about Child Abduction so…. Another funny addition to the soundtrack for the line was Hole’s Celebrity Skin. Which was included at the end of the film with it censoring “Sluts like You” from the lyrics, but I guess they missed that part for the Disneyland soundtrack because you get to listen to it in all it’s glory.

The line was extremely fun, I don’t know if it’s because you can drink in that park that everyone was in a great mood or what but everyone was pleasant and sociable. They also give you an activity book that you can read to the kids and have signed by Captain Marvel. Which is a nice addition because usually they make you sign the autograph books only.

The interaction with Captain Marvel was awesome. She is completely in character. She really plays up the 90’s aspect and talks about how she hasn’t been here(earth) in a while.

So was it worth standing in line for an hour? Totally.

What is your favorite character meet n greet at Disneyland? Tell us in the comments!

Nerdbot Review for Jordan Peele’s ‘US’