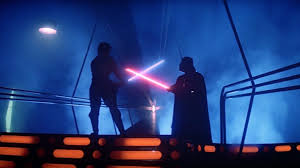 Admit it, we’ve all done it at least once. Grabbed something long and thin, made the noise, and lunged and parried as we fantasized that we were fighting Vader or some other Sith lord. Some people went so far as to buy a replica lightsaber to get a more authentic feel to our battle. Now all that practice may start to pay off.

According to the Associated Press, the French Fencing Federation has recognized lightsaber dueling as an official competitive sport. The Federation is now equipping fencing clubs with lightsabers and instructors are being trained. The rules of the new sport have been designed to make it visually appealing, including the use of an illuminated polycarbonate “blade.” Fighters will also be using large sweeping motions as the point of their lightsaber must reach behind them before they attempt a hit. Dueling occurs in a taped off circle and points are awarded for each hit with different values depending on where the hit occurred. The first person to reach 15 points or the person with the most points after 3 minutes is the winner; in the event of a tie the duel enters “sudden death.”

Part of the reason for recognition of the new sport by the French Fencing Federation is to combat a sedentary lifestyle in today’s youth. The federation’s secretary general Serge Aubailly has been quoted as saying, “That is why we are trying to create a bond between our discipline and modern technologies, so participating in a sport feels natural…. Cape-and-sword movies have always had a big impact on our federation and its growth… Lightsaber films have the same impact. Young people want to give it a try.” And not just young people. Many Star Wars fans of all ages will likely be eager to try their skills in competition.

Because the sport is new and the number of practitioners is small it will not be a part of the Paris Olympics in 2024. But in the future….?