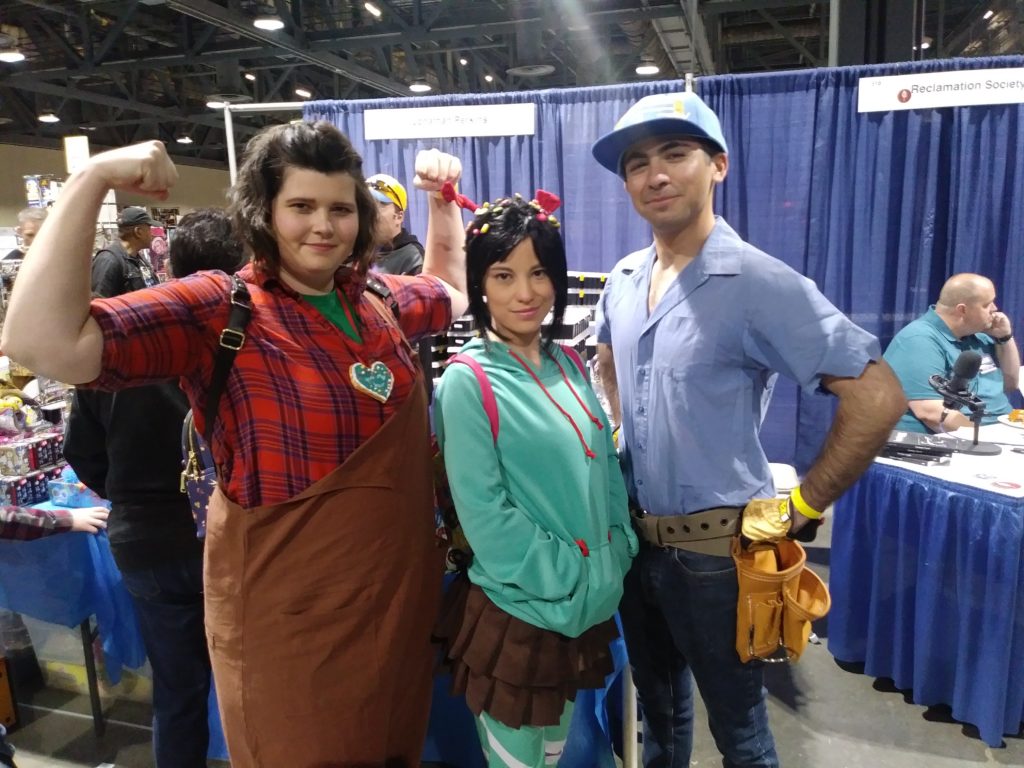 Nerdbot was invited to live stream the event as well as exhibit. This was the second year that we were invited to attend.

The Nerdbot Crew was set up in Social Square, where we interviewed guests broadcasted live on our social media platforms. We were able to interview a pool of great guests including Rikki Simmons(Voice of Gir from Invader Zim), Tod Stashwick(Gotham, Kim Possible the Movie), and Arryn Zech(RWBY). The Nerdplay Girls were right next to our streaming space, having a great time as well!

The main focus for this particular conventions was comics and boy did they have an amazing selection. When you first walked in you saw the Tokyopop table and to the left was nothing but comics. If you wanted a particular one, they more than likely had it. They had everything from stickers to yarn dolls to licensed merchandise. Artist Alley was full of amazing displays. Featured Cosplayers and professional guests were sprinkled throughout the convention. You could catch them at panels and also at their tables.

Some of the Panels on the schedule included Captain Marvel: Origins and Voice Acting: Secrets of the Stars. In the cosplay contest Hudson Hawk Pritchard won the BERNINA USA 325 for his amazing IT cosplay.

Inside the convention was a corner with some really nice hands on activities. Space Expo seemed like it’s own convention inside a convention. The set up was neat because the closer you came to Space Expo, the more Star Wars booths and a Trek Fleet fan clubs would appear. They even had a really informative booth for the LA County Library.

The best part about this convention, besides being able to walk around and see everything were the attendees. Literally everyone that walked into Long Beach Comic Expo were the best people you could meet. Not a bad one in the bunch. Everyone that walked into the place had a smile on their face and was having a great time. The staff and security were above par and really did a great job keeping things safe and light.

We want to thank the fine staff and show runners over at Long Beach Comic Expo for letting us come set up and be a part of the magic. If you missed out on this convention make sure you check out the next one!

Did you go to Long Beach Comic Expo? Did you have fun? Tell us in the comments what your favorite part was!