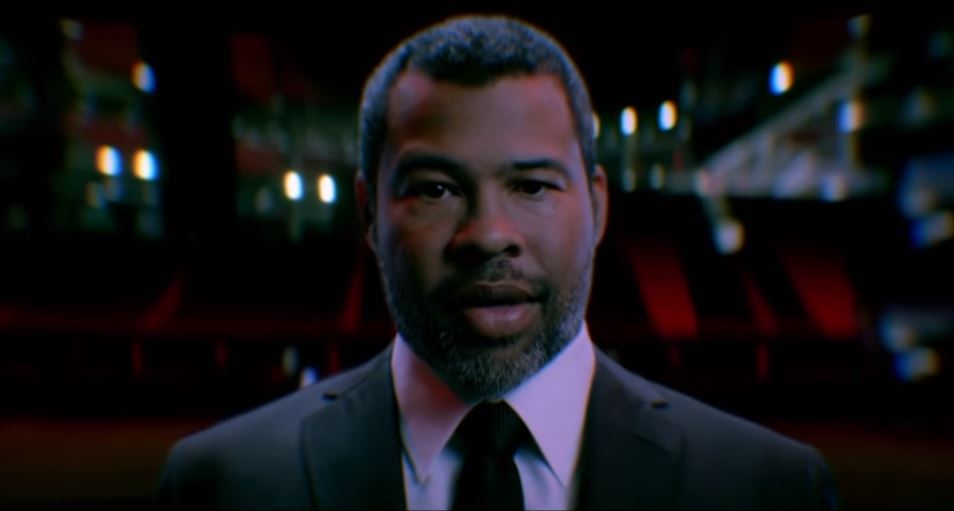 So how about that big game, huh? I got to admit, the only thing that kept me going through what was a mostly unspectacular game was the promise of movie and TV show teasers. While we got some fun little clips that promise how amazing Avengers:Endgame and Captain Marvel will be, they deliberately only showed us what we already know. The real surprise was when we got our first teaser at Jordan Peele’s new Twilight Zone for CBS All Access.

The teaser ad gave us our first look at the tone of the show and how it looks like it will be very reverential to the original Rod Serling series. It opens, oddly, with what feels more like a nod to The Outer Limits, another anthology sci-fi series that played with interrupting the transmission. What appears to be footage from the game is cut away to a message saying that the tv signal is lost and then it cuts to an empty football field. Peele’s narration has all the stylings of Serling’s with him asking us to “witness an empty space filled with screaming fans” and other ambiguous statements. There are brief references to the show in the form of that weird kinda spiral image that opened the 2nd season of the 60’s show. When we actually see Peele he is in a suit and tie that feels very reminiscent of Serling’s attire, further hinting that this series will be very close to the original series. He then walks through a scary door and vanishes, before we hear the iconic theme song.

This isn’t the first time The Twilight Zone has been brought back to television. What makes this unique is the fact that the reboots in the 1980’s and 2000’s were more eager to be of their time. For example, the 80’s version wanted to appear more edgy with darker stories to feel more adult. The Forest Whitaker version was even more removed, feeling like a Twilight Zone in name only and really more of a generic anthology program. Jordan Peele feels way more reverent to the Serling version, and if his teaser is an indication, it may try to match the stark 60’s feel of the original. We already know they will be remaking episodes of the original, including “Nightmare on 20,000 Feet” which will star Adam Scott.

Seeing a true continuation of the original feels oddly fresh since we don’t really get anthology shows the way we used to. Television has become much more focused on being serialized which can become a real chore when you have to watch stories that play out over dozens of hours. An anthology show offers the fun of a really good short story, one that gives you a unique idea and then is out before you get a chance to get bored. Jordan Peele has already proven he can do intelligent horror with Get Out and with the upcoming release of Us, it looks like genre work is what he feels passionate about. It is a perfect fit for CBS All Access which is making a big push to expand their library with more high profile shows beyond Star Trek and Strange Angel. Being a long time super fan of Twilight Zone, I can’t wait to see the show return to its former glory and I am sure Peele and his team can pull it off.

Are you excited for a new Twilight Zone? Tell us in the comments!