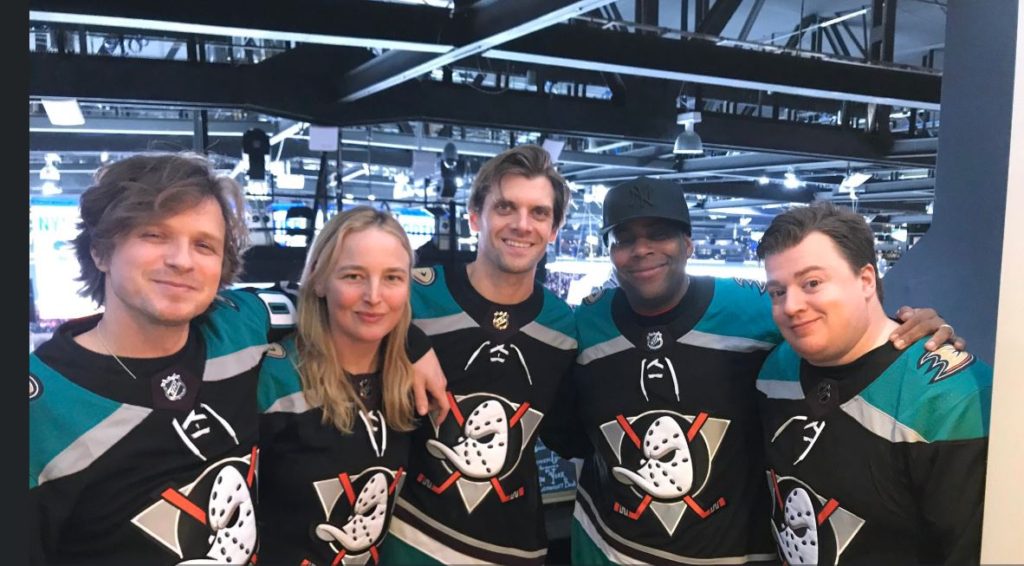 QUACK QUACK QUACK! Earlier this week most of the cast from the 90’s Mighty Duck movies came down to Anaheim for an epic reunion.

If you grew up in the 90’s you also might know that the team Mighty Ducks was actually named for the movie Mighty Ducks. The name of the team then changed when Disney sold the franchise and in 2006 they became the Anaheim Ducks. No matter what they are called we remember! And we love them!

It has also been speculated that since the reunion was organized that this may be part of a bigger push for publicity. Can we expect a Mighty Ducks 4? Probably not unless Kenan can fly back and fourth between SNL skits, and how exhausting would that be? But for the meantime we got to enjoy seeing them have a blast at a ducks reunion.

What do you think? Tell us in the comments!