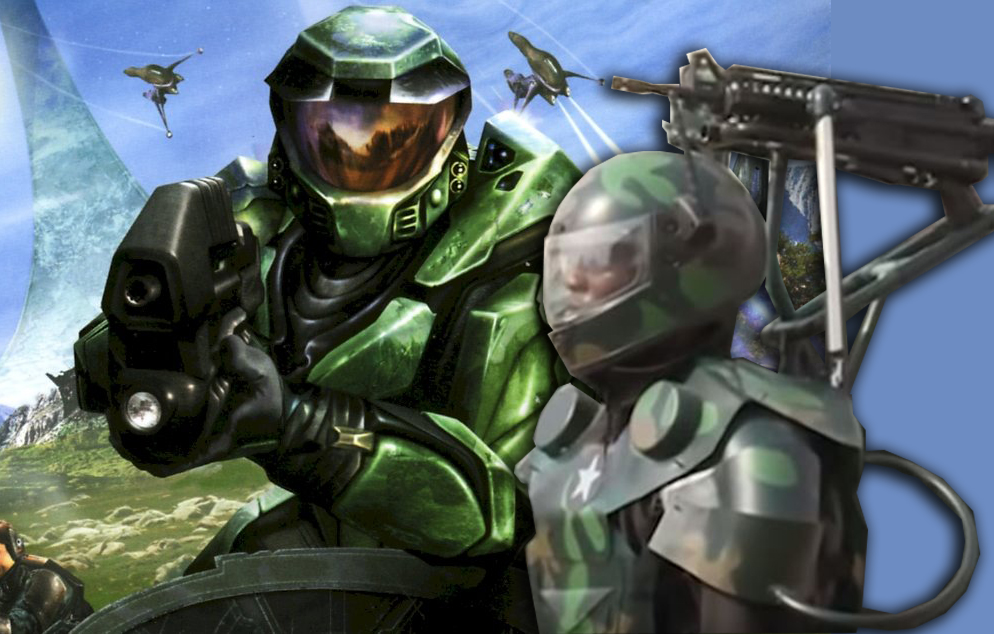 I remember going on IMDB like ten years ago and seeing that Peter Jackson was slated to direct a big screen adaptation of the monumental video game series Halo. Over the last decade a Halo movie has been the Chinese Democracy of the industry. A project ripe for the making, a built-in audience of millions, a story so deep it practically screams Hollywood franchise. However, the production faced several obstacles and never got off the ground. 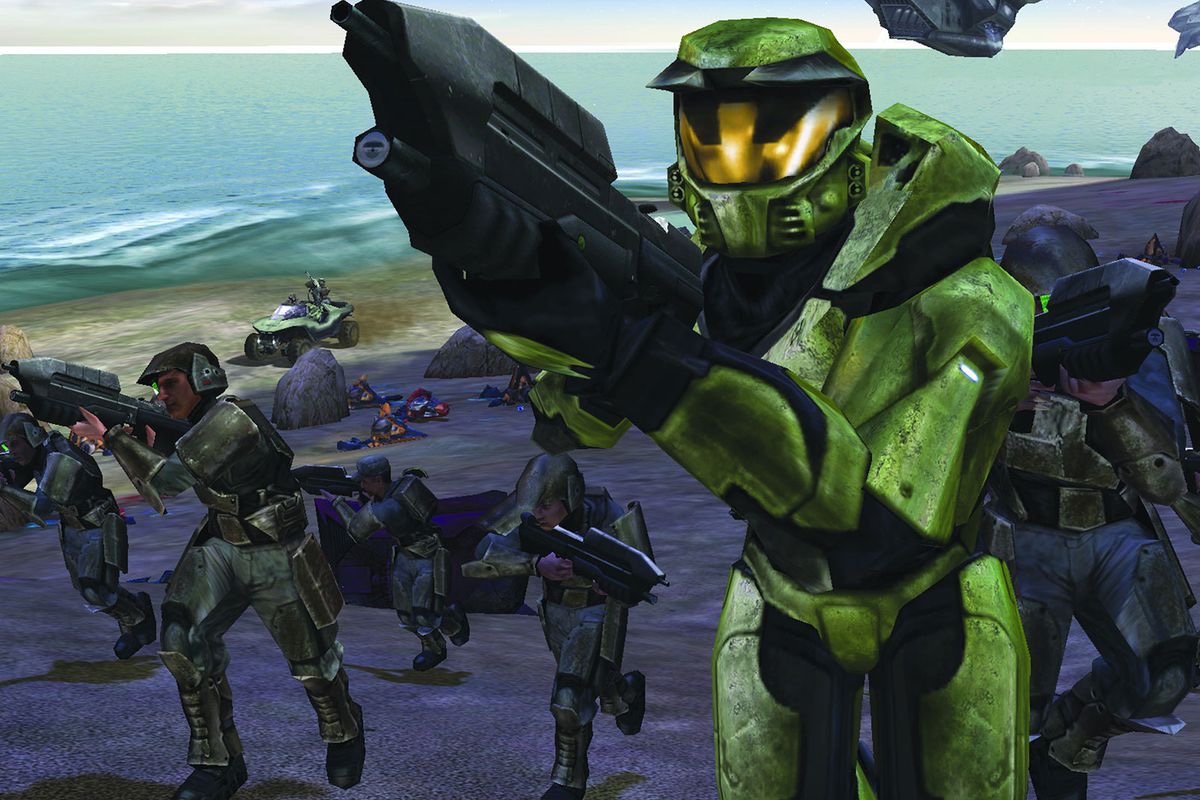 Don’t worry all you Master Chief John-117 fanatics, Showtime is now developing Halo as a television show. And let’s be honest, it’s the better medium for the source material. If everything goes well, Showtime could have the next Game Of Thrones on their hands. A program with potential for longevity that viewers can also engage in the off months. Mark my words, science fiction is due for a modern renaissance in the same way the horror genre is hot AF right now.

As a guy who once lived for the weekly dose of playing Halo with my friends, I have been lightweight following this project for some time. At one point, it were very close to seeing that beautiful green-light at the end of the tunnel. Out of all the questions I could ask, the thing I’m most interested in is… where did all the “test” props, costumes, and other set design materials go?

A Halo movie had been listed on Peter Jackson’s IMBD page for a few years, I’m sure the director has a small warehouse of items from the development process that probably sitting around collecting dust someplace… or are they?

Well, as it turns out, these props have found a home… Ghana. Yes, the former Kingdom of Ashanti, primarily known for doing duets with the Kingdom of Nelly and a supporting role in the Kingdom of John Tucker Must Die. According to ArmyRecognition.com Ghana unveiled their new defense technology which closely resembles the likes of a certain group of video game supersoldiers who are ready to extinguish the Covenant. 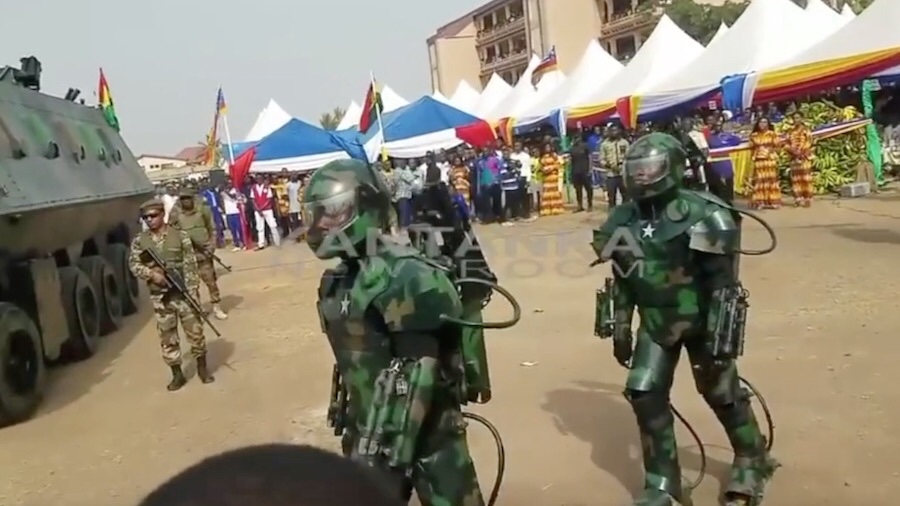 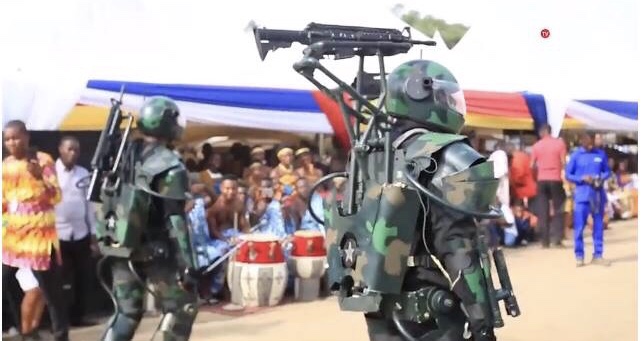 Yep… when the Flood invades, Ghana will be ready.

Now I’m not entirely sure as to why the West African nation chose to refurbish a bunch of costumes from a movie project that never got off the ground but two things are certain; one, they look badass! And two, they look badass!

The defense unit even comes equipped with their own Warthog. 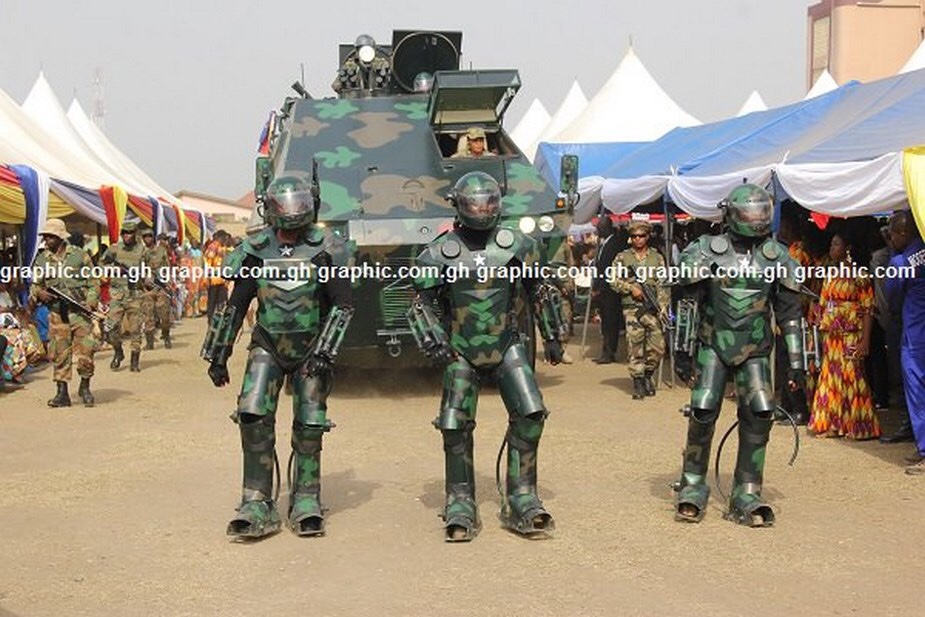 It’s even camouflage colored… so adorable.

If Neill Blomkamp ever decides to make Chappie 2, I’m sending him to Ghana.