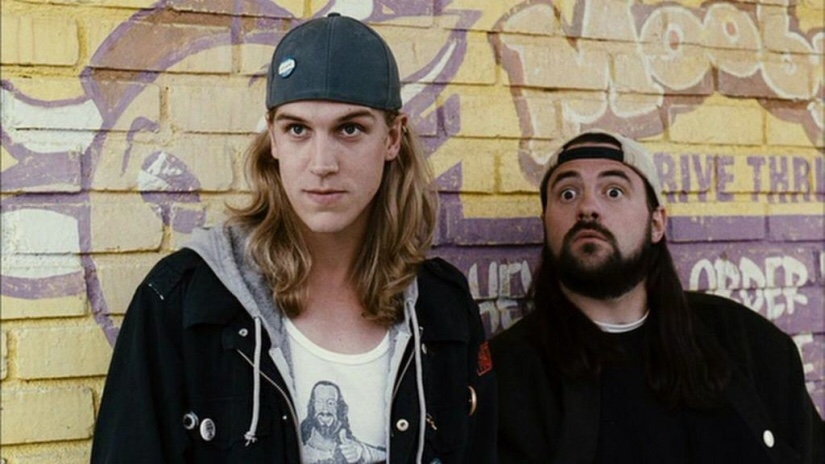 Jay And Silent Bob Are Striking Back… Again

Are the 1990’s two favorite stoners making a comeback?

Uh… snoochie boochies! Yes, coming straight from outside the Quick-Stop, Jay and Silent Bob are returning the the big screen. ConsequenceOfSound.net reported on January 2nd that Director Kevin Smith and heterosexual life mate Jason Mews are making a sequel to the 2001, I guess cult hit Jay And Silent Bob Strike Back.

Smith confirmed the project (which has been in the mix for a while now) and took to Twitter to commemorate a pre-production meeting. 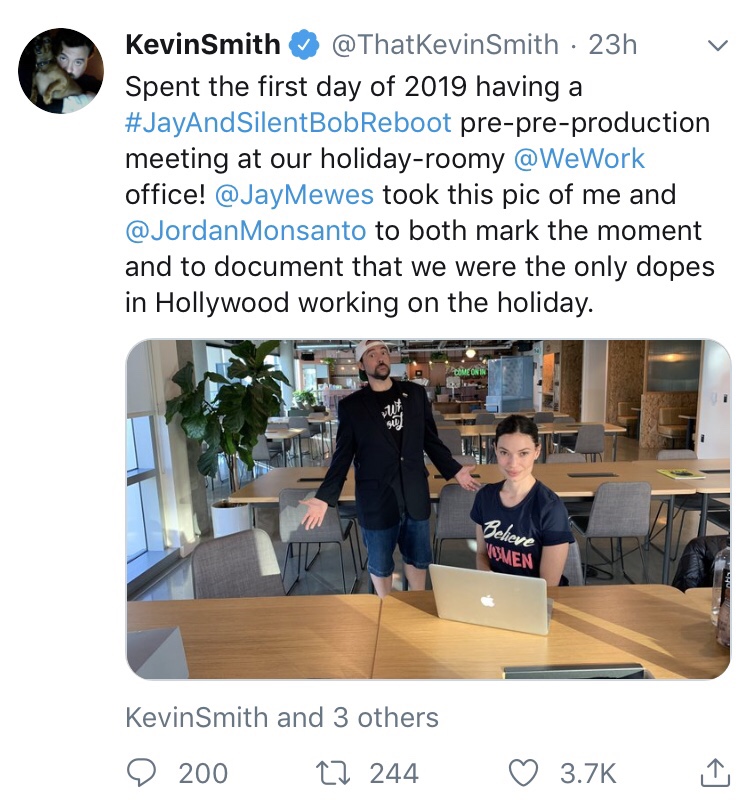 As consequenceofsound.net also reported, the film will be titled Jay And Silent Bob Reboot and is eyeing a 2020 release date.

Last year, Smith provided a little bit of insight as to how the project isn’t a reboot in the traditional sense of the word:

We are long overdue for Kevin Smith to return to his roots. Tusk was good, but fans who have been there since the beginning need a good old fashioned shot of pot and fart jokes. He’s healthy, so why the hell not? Believe me, Smith shed a truck load of weight.

And don’t worry, I’m sure he’ll still be podcasting. The guy’s a machine.

Are you ready for another dose of Jay and Silent Bob? Let Nerdbot know in the comments!!