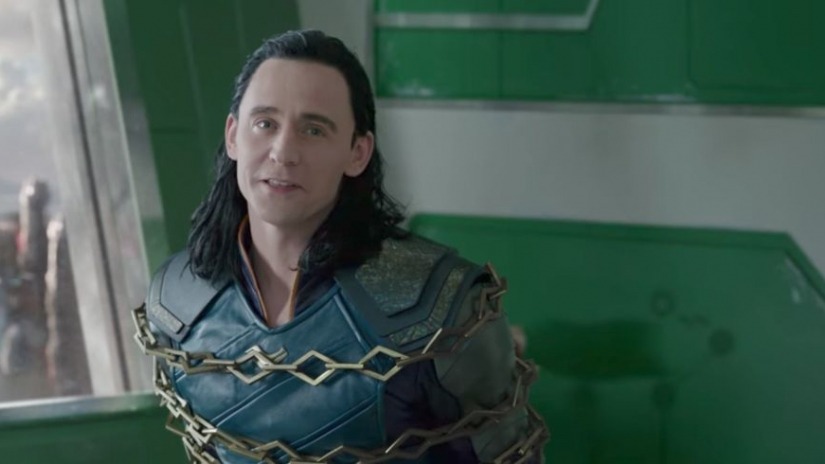 If you saw Avengers: Infinity War you were probably confused as to how Loki could have gone from a small annoyance to a full blown baddie so quickly. Marvel has made us clear on a few points via their website and fans can now relax a bit.

All I know is that his motivations in Avengers: Infinity War was not exactly clear. I thought he was becoming more of a good guy and then Boom! That opening scene. You can ask my husband I was very upset over his change of character, and very concerned for him. Why was he doing this! I thought he had changed! The opening scene in Infinity War left many confused, but now Marvel has an updated section in his Bio that tells us exactly what was going on.

“Offering the God of Mischief dominion over his brother’s favorite realm Earth, Thanos requested the Tesseract in return. Gifted with a Scepter that acted as a mind control device, Loki would be able to influence others. Unbeknownst to him, the Scepter was also influencing him, fueling his hatred over his brother Thor and the inhabitants of Earth.”

So he just wasn’t himself. He’s not always like that, only when he’s mind controlled. It isn’t his fault! That dang scepter was the cause for all the problems regarding Loki in the film. Much like alcohol affects the simple man, the mind stone in the scepter Loki was using to influence other people in The Avengers was also affecting himself.

Using the scepter as reasoning for his behavior makes the character much more redeemable. Marvel is making a Loki series that is to air on their streaming service in 2019 or at least early 2020. Maybe this is is part of a character retcon so that people will care about him enough to watch his new show, or maybe it was in the plan all along.

What do you think of this new information? Are you excited for his new show coming up? Tell us in the comments!