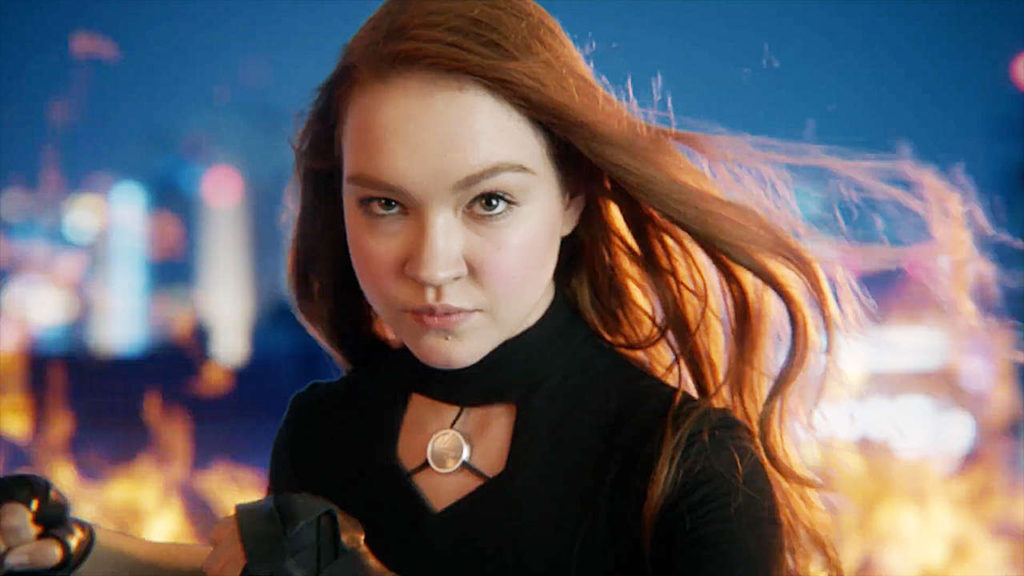 Call me, beep me, if you want to reach me. Kim Possible is one of those shows that you watch as a kid and just sticks with you. And if the show doesn’t then the theme song most definitely does. Disney recently released a sneak peak of what their new live-action remake will look like to fans.

The video shows Kim Possible on her way to school, running towards the bus. A stroller getting away from a mother and her doing a tumble(unnecessarily) and shooting a very sharp hooked object at the babies stroller(OMG). The mother then thanks her mindlessly as she just had this very sharp thing shot at her baby. Her man behind the scenes Wade, shows up and starts rambling a countdown to the doors on the bus closing. She does another stunt, this time swinging from a street lamp onto the bus and sees an enthusiastic Ron Stoppable. To this I say, where is the naked mole rat? Literally the only thing I care about.

Kim Possible was originally a series made by  Bob Schooley and Mark McCorkle, and the script for the new film is by them and also Josh Cagan(The Duff). Adam B. Stein and Zach Lipovsky are directing the movie, both of which most recently worked on the movie Freaks(2018) together.

Here is the trailer for the upcoming film.

The sypnosis for the film is:
Everyday teen hero Kim Possible (Sadie Stanley) and her best friend Ron Stoppable (Sean Giambrone) embark on their freshman year of high school, all while saving the world from evil villains. While Kim and Ron have always been one step ahead of their opponents, navigating the social hierarchy of high school is more challenging than the action-heroes ever imagined. With Drakken (Todd Stashwick) and Shego (Taylor Ortega) lurking in the wings, Kim must rely on her family and friends on Team Possible—Ron, tech-genius Wade (Issac Ryan Brown), new friend Athena (Ciara Wilson), and Rufus, a Naked mole-rat—to stop these super villains!

Part of me wonders why they have to remake this type of thing. It was a really well made cartoon so honestly I would rather just show my kid the reruns. But apparently Disney doesn’t do reruns of hit classic shows anymore. There is a time stamp on things and once you are out you’re out. Then either forgotten or remade… Into LIVE-ACTION.

Watch Kim Possible February 15, 2019 when it airs on the Disney Channel.