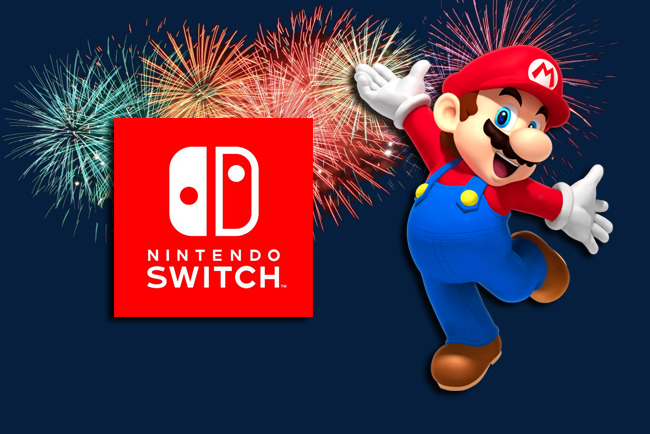 DYNASTY WARRIORS 8: Xtreme Legends Definitive Edition – Immerse yourself in the vivid tales of the Romance of the Three Kingdoms. Play as the mighty warrior Lu Bu, and embark on a journey that depicts his way of life. The Definitive Edition includes all of the downloadable content from past versions of the game.

Splatoon 2 Frosty Fest – Fans of the Splatoon 2 game have plenty of reasons to start inkin’ online*. Frosty Fest will turn Inkopolis Square into a festive winter wonderland. Inklings and Octolings will even get to use some very fancy glitter-filled ink! In keeping with the season, this special Splatfest asks: Who do you get most excited to spend the holidays with: Friends or Family? Choose a side and battle it out from Jan. 4 at 2 p.m. PT to Jan. 6 at 2 p.m. PT. You can also get seasonal gear that will be distributed via the Splatoon 2News channel on your Nintendo Switch system. Look for these free gifts in late December. Need a reminder? Redeem your My Nintendo points** now for a themed wallpaper featuring the special gear.

Super Smash Bros. Ultimate Piranha Plant – Don’t forget that My Nintendo users who purchase and register the Super Smash Bros. Ultimate game by Jan. 31, 2019, will receive a download code for Piranha Plant, which will join the battle as a playable character when it’s available. Get all the details at https://smashbros.nintendo.com/buy/#piranha-plant.

Revenge of the Bird King (Nintendo eShop on Nintendo Switch)

Are you excited for any of these titles? I’m about to buy Jewel Fever 2! Tell us in the comments which look most fun!