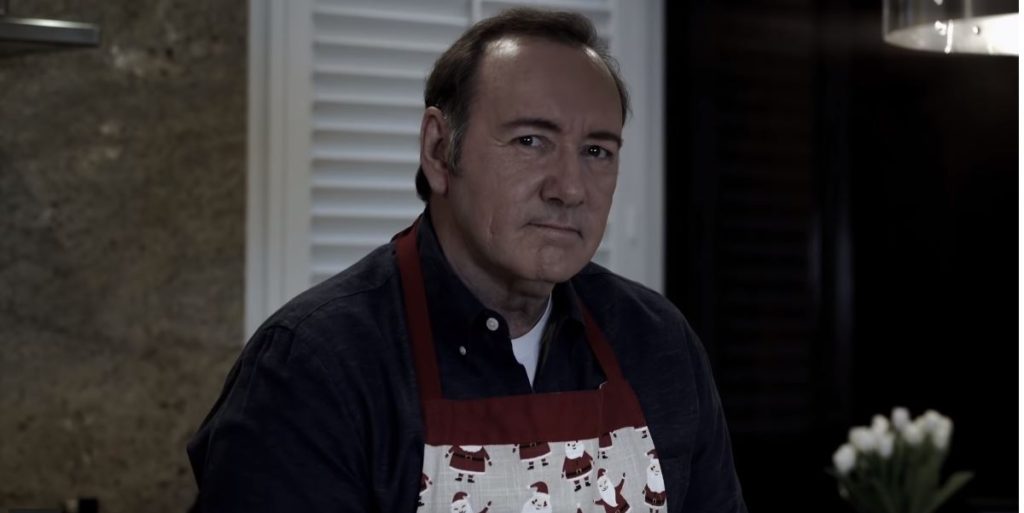 The past couple years have been a wild ride for shitty men in positions of power. We have seen people previously held in high regard have their reputations deservedly shattered because of how they exploited the people around them. Some of them have, thankfully, gone to prison or are possibly facing hard time for their crimes. The usual way these guys have gone about defending themselves have run the gamut between flat our denying the charges to disappearing completely in the hope that everything blows over. Kevin Spacey chose the latter tactic after actor Anthony Rapp(Star Trek Discovery) accused him of sexually assaulting him 30 years ago. When more accusations surfaced, Spacey made like K-Pax and vanished. The move was so sudden that Ridley Scott had to reshoot a massive chunk of his film All The Money In The World  just to get Spacey’s stink off of it. Spacey also lost his job on the TV show House of Cards with his character killed off. It seemed for awhile that we weren’t going to see much of Kevin Spacey for a good long time.

However, when news broke that Spacey was facing felony sexual assault charges in Massachusetts next year, he came out of hiding. He dropped a Christmas video today that is an attempt to bank on his former popularity and try to laugh off the awful things he’s been accused of doing. Spacey shot a 3 minute video playing a thinly veiled version of his House of Cards character, Frank Underwood where he makes a monologue about how much we miss him. The resulting video is…uh…something….

The main takeaway from this astonishingly wrongheaded video is how it seems that Spacey feels the trouble he’s in is just one big joke. The people he has been accused of hurting are simply part of a larger conspiracy to keep the ole’ Spaceman down. Forget the numerous stories about how he spent years cultivating a fake image that allowed him to get intimate with unsuspecting men and take advantage of his status as a Hollywood A-lister. We are supposed to forgive and forget what he’s been accused of simply cause he’s doing that godawful southern accent again. Even if he is completely innocent of everything, the flippant video that tries to raise public support is completely tone-deaf. The guy has always been intensely protective of his private life, choosing to let his acting give us as an audience a sense of who he is. So while it makes sense that he would try to act his way out of this one, it is also the worst possible move.

If you want to stay private, then STAY PRIVATE. Going out in character making vague references about all the boys you might have touched is like sending a “Get Well Soon” card to a someone with terminal cancer. It might have seemed funny in the moment to wear a dumb apron and ramble on about what a bad widdle boy you are, but holy shit dude, read the room. It also certainly doesn’t help your case when you go to a jury trial and the prosecution has videos you made making straight up jokes over how much of a creeper you are. The only positive thing about this video is that it’s made everyone who watched it start drinking a little earlier this Christmas Eve.