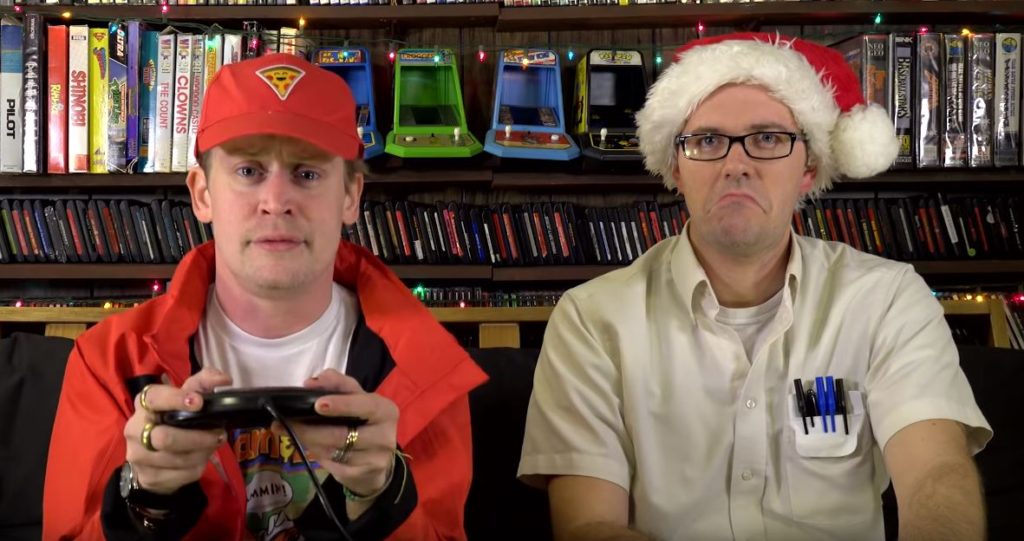 What Macaulay Culkin’s Recent YouTube Infiltration Could Mean for Humanity

It has been a weird weekend. At the end of another soul crushing day of work, school and family obligation, I am known to watch YouTube while the booze takes me away to slumberland. On my journey to another richly deserved blackout, a new video by RedLetterMedia caught my eye. The video, part of their “Best Of The Worst” series, is a fun bad movie show where they pick trash at random and judge which one was the most punishing to sit through. In this episode of Best of the Worst an unexpected surprise guest showed up. A person who I hadn’t seen in many moons. An individual who, as a child, had defined my idea of the coolest kid in the world. He could outsmart criminals, get even with dads, and almost murder Elijah Wood. When I was 8, I bought this persons unofficial biography (with full color pictures in the middle) at a scholastic book fair.

That kid, now grown and looking right at me through the tv screen, was Macauley Culkin. Culkin was on the show to join in the fun with Mike, Jay and Rich as they rip on a Gary Busey dog movie, and other awful fare. He proved to be a game guest as they also laughed at Mac’s legacy as a living relic of a bygone age. I assumed it was a fun lark and that Culkin was a fan of the show and wanted to do a one off appearance before going back to enjoying his millions of dollars and not having to anything he didn’t want to do.

Until he showed up the next day on my YouTube sitting next to The Angry Video Game Nerd. This time around Macauley leaned even more into his legacy as he explored games based on Home Alone with James Rolfe. They torn into these awful licensed video games which tried to expand on the rich Home Alone mythology by adding scary trees, ghosts and murderous commuters to make them more challenging. At first, Culkin appearing in multiple internet shows seemed innocuous, but now I begin to see the hints at a much larger plan.

It seems that Macauley is making moves to assault and take over the internet with his website bunnyears.com. We are now witness to a Macaulissance as he intends to not just achieve internet fame, but find ways to track down and murder other floppy haired movie kids of the 90’s. In a chilling video, Macauley invites Devon Sawa to visit his podcast while wearing a shirt bearing Sawa’s name.

The video appears harmless, but I think this is part of a larger plot to kill and absorb Sawa in the name of attaining more internet power. It won’t stop with Sawa, we may also lose Jonathan Taylor Thomas, or JTT if your cool, and Matthew Lawrence in his bid for cultural dominance.

Soon, Macauley will be in every video and website, spreading madness and pizza to the masses, and it will be too late to stop him.

Or he’ll just make a funny website and sell some t-shirts, which would be fine too. In the meantime, check out bunnyears.com for some amusing content and other weirdness. Maybe if we frequent the site enough, Austin O’Brien won’t have to die in a blood ritual.