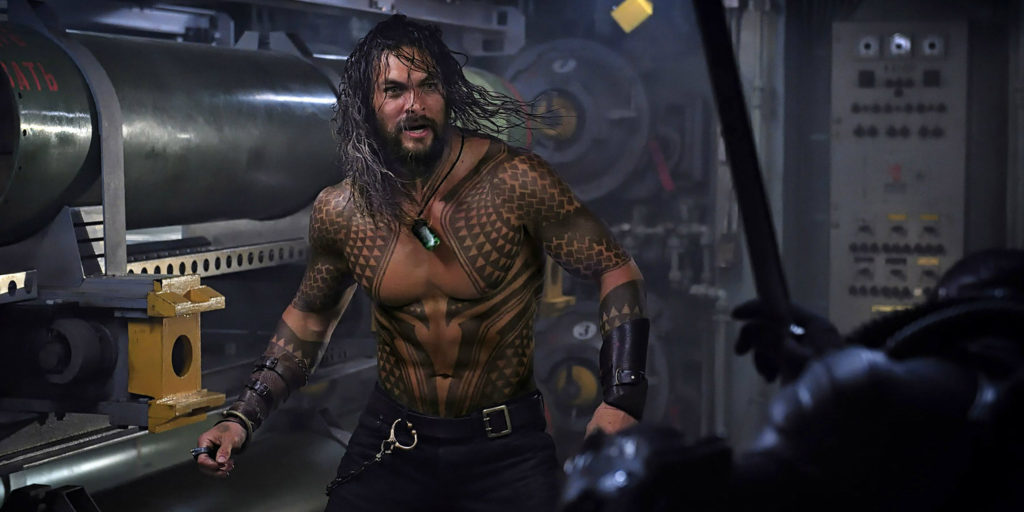 Amazon and Warner Brothers/DC Comics had a cool promo. If you were an Amazon Prime member, you had the chance to see Aquaman early! Wow! Now, I had seen all the DC movies in the DCEU in theaters: Man of Steel (ugh), Batman vs. Superman (kill me), Suicide Squad (why?!), Justice League (meh), and Wonder Woman (wow!). I grew up loving comics. I have owned original Aquaman comics from issue 2 onward. Yes, vintage, ridiculous Aquaman comics.

SPOILERS START IN A COUPLE OF PARAGRAPHS…

So, if anyone was the right guy to sit through another depressing mess of a DC movie, it was me…

Then a wonderful thing happened. Aquaman was… good. Not great, but really good. It had the thing Wonder Woman had that the other DC movies forgot was the entire point of almost every character not named Batman: heart and fun. Aquaman smiled when he finally saw Atlantis. It was a Christmas miracle! Aquaman was a good guy who just didn’t think he was fit to be a king. And, miraculously, it was directed by the guy who did Dead Silence and Furious 7.

Whereas Aquaman in Justice League was a frat boy bro dude who shouted “My man!” and drank a bunch, unable to truly talk to fish, Aquaman in his eponymous film was a fun, nice guy  who – HOLY CRAP – talks to fish. Not only did he TALK TO fish, but he rode a giant seahorse.

Without giving too much away, I will say this: Aquaman is a solid 80/100 film.

Jason Mamoa was shirtless for a good portion of the film. Yet at the end of the film, he was in his ACTUAL BRIGHTLY COLORED AQUAMAN COSTUME. He is a delight, and though he was drinking and saying “awesome” a bunch, he was more a lovable lug – think more Aquaman from the Brave and the Bold – than a frat guy who might be a little bit of a jerk. Meeting both his father Tom and mother Atlanta, Aquaman become truly human and SPOILER he is one of the rare characters that has both his parents alive and loving folks. One of my biggest worries was that Arthur Curry wasn’t going to be the caring family man in the comics. But, nope, we see the start of Aquaman as a different kind of a hero: a family man.

The visuals were great. The colors popped and the sound added to the ambiance. When we get to the octopus playing war drums, you’ll feel like Atlantis is a real place. Which leads to…

Aquaman was silly, fun, and had heart.

It might seem like a minor issue, but for me the 2 huge things the DC films forgot to have were fun and heart. Superman doesn’t mope. He isn’t sad. Superman is a nice guy who’s usually happy and ends his adventures with a knowing wink. He’s not a sad dude who kills people and mopes. To hell with that. That was never EVER EVER my Superman.

But this Aquaman is happy to have Black Manta show up with laser eyes and, in embracing the comic book silliness, makes the movie feel much more real. Though contradictory, it’s the most ridiculous parts – talking sea monsters, riding mosasaurs – that draw you INTO the movie. This is fantasy of the highest kind, but it’s also popcorn flick fun.

I have to say Amber Heard sucked.

ASIDE: I have a strange feeling James Wan (director) is more at home with crazy action nonsense and emotional beats than he is at telling actors, “hey, when you explains this stuff about a trident, be sure to sound like you aren’t reading a script.”

Amber Heard (Mera) really, really was flat in this movie. She just felt like an actress from a Star Wars movie who no one bothered to tell to act. At times many of the cast – notable her and Patrick Wilson (Ocean Master) – were so bland it killed it.  In a movie like this, where certain characters and sections of the film rely on overly dramatic but deadly self-serious dialog, the best and most memorable are those who fall back on the classic stage acting, scene chewing fun. When you think of the Star Wars prequels, even if you love them, everyone agrees Ewan McGregor was the best part. Why? Because he was having fun spouting silly dialog about plot points. Jason Mamoa was. At times Willem Dafoe was. Amber Heard and Patrick Wilson felt like they were reading the script verbatim.

But here’s the question you all came to find out: Is it worth seeing?

As a 35 year old comic geek with cartoon tattoos and a multi-thousands of dollars comic book collection reaching back to 1940’s Captain Marvel/Shazam comics, I can absolutely say… yes.

And as a 35 year old film geek who has acted and written for indie films as well as is a giant film snob, shunning Transformers and heading towards David Lynch I can absolutely say… yes.

Aquaman is the rare film that allowed me to just have fun and ignore the glaring stupidity of moments and plot beats. It was – dare I say – like Marvel in that way. And, yes, thankfully Aquaman can communicate with fish. This film also isn’t itself stupid. You can be a fun fantasy film without becoming moronic.

That might seem like a stupid, minor thing but here’s the deal to someone who actually loves the character from the 60’s boy scout fish-talker to the 90’s pirate-adventurer, talking to fish is a HUGE part of what makes Aquaman a unique character and it’s also a HUGE part of being a comic book. If you go out of your way to mock that or avoid it, you don’t understand why anyone gives a shit about the character.

James Wan, Jason Mamoa, and all those involved with Aquaman punched right into it and gave us telepathic fish communication. Because, I feel, they actually wanted to make an AQUAMAN movie. Not an Arthur Curry movie. Not a Jason Mamoa movie. Not a movie to make money because grimdark Hollywood DC Comics.

This is an Aquaman movie. Don’t expect Shakespeare but do expect some fun. Oh, and somehow Black Manta looked damned cool! Embrace the comics.