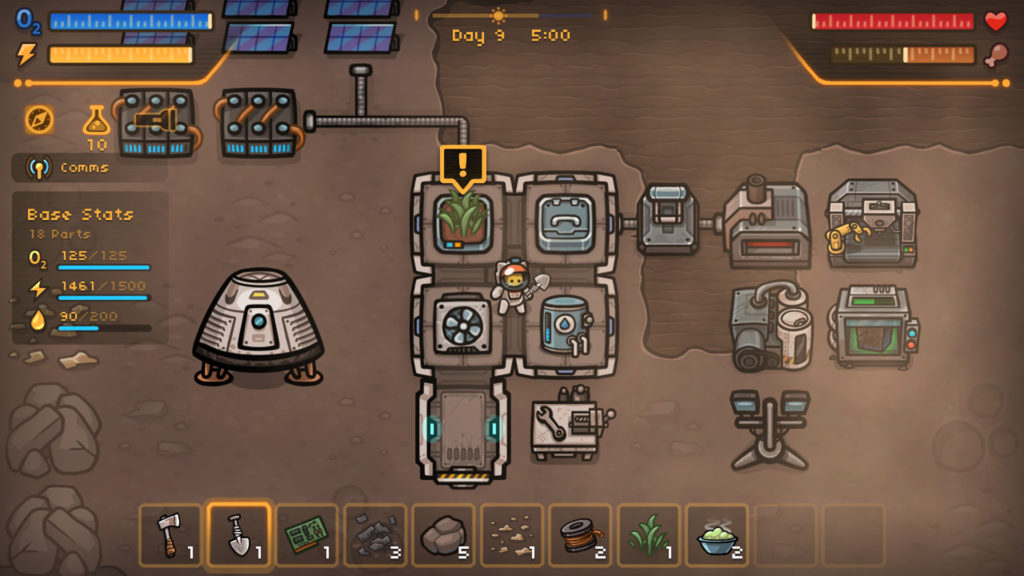 PAXTON, MA – December 9, 2018 – Developer Cairn4 Games has announced the launch of the game MewnBase on Steam for Window and Linux.

MewnBase is an all-ages 2D exploration and survival game where players control a space cat adventurer who lands on an uncharted, Martian-like world. With similar crafting mechanics made popular by games like Minecraft, players search around for food and collect resources in order to build a base to call home.

“I wanted to challenge myself to make a fun game with crafting and base building,” says developer Steve Forde. “What began as a little prototype two years ago has become a game that I’m proud of. I’m really happy to see players get excited about it.”

Just in time for the holiday season, MewnBase is available now for download on Steam for Windows and Linux for $5.99. MewnBase also comes with several community-provided translations for menus and gameplay text, including: German, French, Spanish, Portuguese, and Russian.

You can download Mewnbase on either Itch.io or the Steam store.

Check it out for yourself, and look out for the full review coming up here on Nerdbot.com!