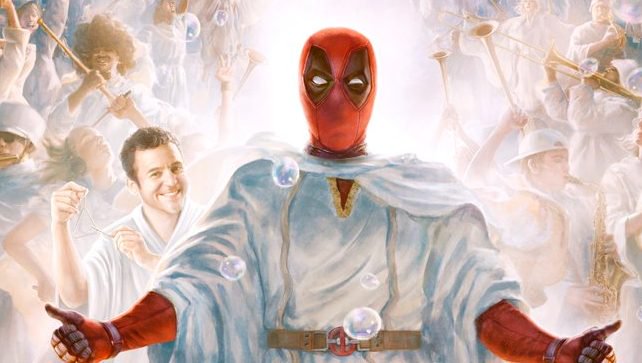 If you were wondering why you haven’t seen more links to places like avengersendgame.com or avengersendgamemovie.com thats because Marvel/Disney doesn’t own either.

Earlier this week comicbook.com reported on a possible Deadpool  prank because what pops up when you type in either address is this.

Now it would be something you think that Deadpool or even Ryan Reynolds would pull, seeing as they are absorbing one another personality wise but it’s not. A fan on twitter had the foresight to buy both domains back in April this year. April 27th was when the domain was bought, the same day that Avengers: Infinity War was theatrically released. Endgame was the popular prediction of what the Avengers sequel would be called and the fact that this anonymous person bought it is kind of funny.  He is now holding the domain ransom and has made his demands via twitter.

All @AGuyInChair wants in return for the domain is a ticket to the premiere Avengers: Endgame in L.A. This may have been a weird way to go about it but one has to admit it is really cleaver. Some top notch trolling for sure.

Avengers: Endgame is set to premiere April 27th, 2018
Once Upon A Deadpool can be seen starting December 12th, 2018

What do you think about his demands? Should he get to go the premiere? Tell us in the comments!