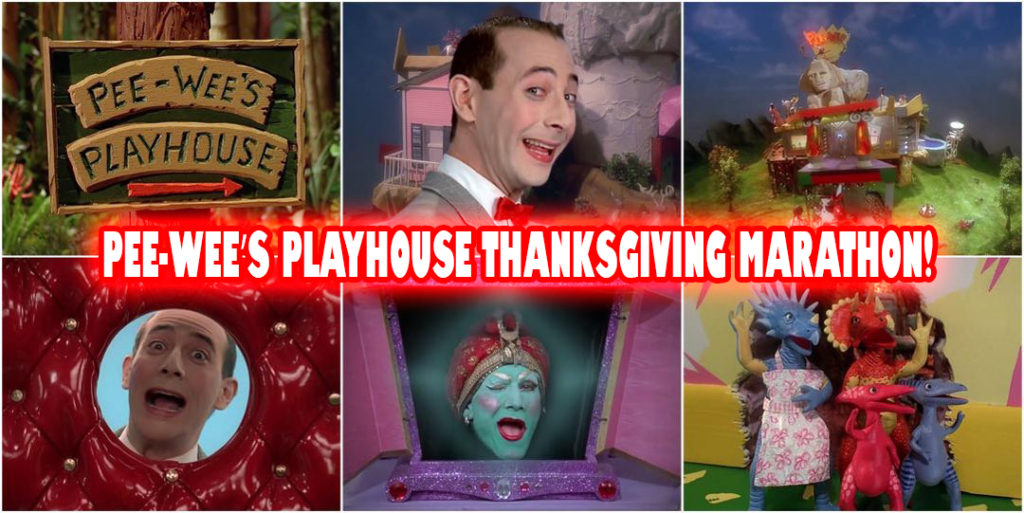 IFC announced via twitter that it will have a 24 hour Pee-Wee’s Playhouse marathon on it’s channel. The marathon kicks off at 6 am on IFC Thanksgiving morning.

With host Paul Reuben, it’s held as a cult favorite among 80’s kids after the initial success of the movie Pee-wee’s Big Adventure in 1985.

Am I the only one that started locking up his bike after watching that movie?

Need a reminder of the shows originality? Just watch the original shows intro below:

Hailed as a show ahead of it’s time, you can see some similarities to current cartoon and show styles by the decor and pace of the program.

So gather the family around, pass around the red bow ties and get comfy on a talking couch. It’s going to be a colorful ride!