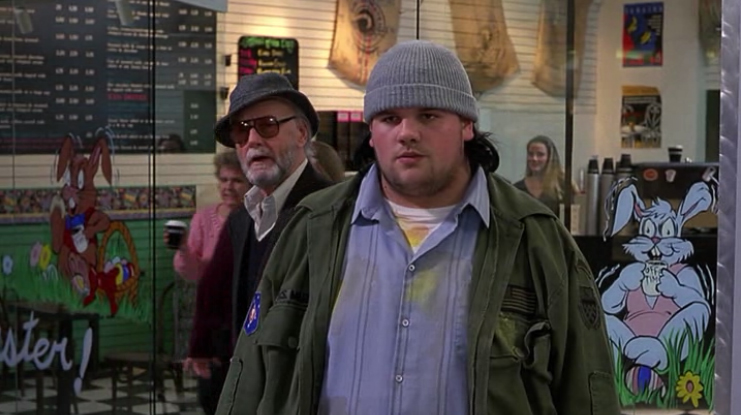 Rest In Peace, the man, the Marvel, the legend… Stan Lee.

Yes, it’s true.  You know who he is, the creator of some of the most iconic characters to ever be drawn on the page of a comic book.  Spider-Man, the Hulk, Fantastic Four, to name a few on a pretty long list of superheroes.  Lee has been in the game for like two of my lifetimes and on November 12th, 2018, he left this world for a better place. 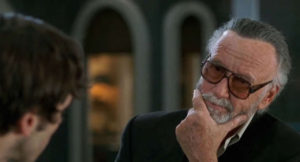 I’m sure by now you’ve been bombarded with online listicles, each providing their own “definitive” ranking of every cameo Stan Lee has made in the MCU.  I guess they’re worth the read.  However, what they are not telling you is that the best appearance Lee has ever made does not come from a Disney movie.  But a Kevin Smith one.

Mallrats, the 1995 stoner comedy about hanging out in a mall.  Basically.  Remember Jason Lee from My Name Is Earl? How about Jeremy London? The quarterback from Dazed And Confused.  They’re the stars, they blow it with their girlfriends, and through their experiences at the local mall, learn the value of their relationships.  In the third act, when all hope is lost, Brody (J. Lee), gets some advice from an unlikely source… Stan Lee, who just happened to be doing a book signing that day.

Lee shares a couple life stories and how they resulted in the creation of some famous Marvel faces.  This discussion prompts our supporting character to win the love of his life back from a douchey Ben Affleck.

Yeah… it’s some words of the prophets are written on the subway walls type stuff.  Especially when the talk shifts to the topic of superhero private parts.

And if you haven’t seen Mallrats what the hell is wrong with you? It came out long before Kevin Smith started podcasting so you know it’s good.

Also, how young do both of them look? The 90’s weren’t that long ago.

As we spend the next couple days processing this loss, it’s important to remember exactly how much joy Stan Lee’s creations have brought you, your children, or your life.

What is your favorite Stan Lee cameo? Let Nerdbot know in the comments!!