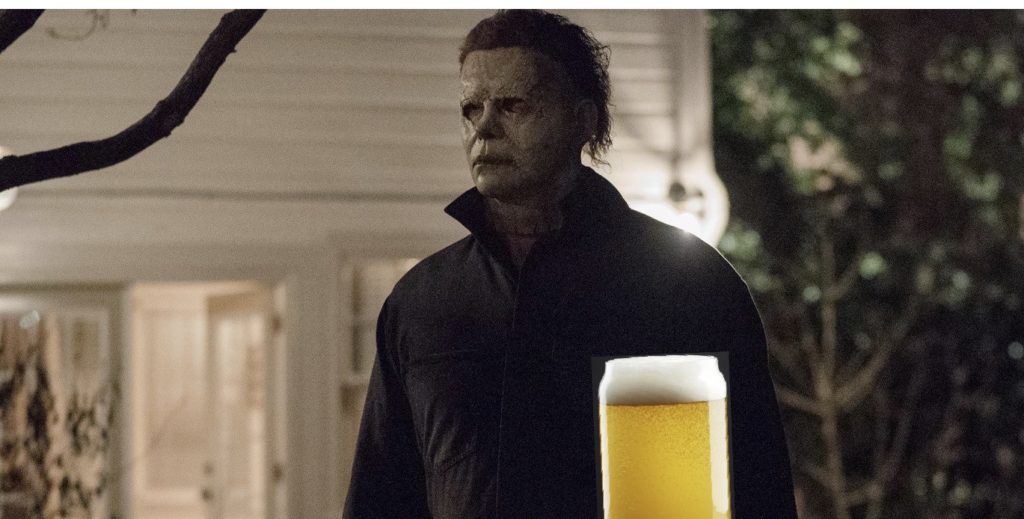 If you haven’t seen the new Halloween, be advised this article contains a few.

It’s pretty obvious that Laurie Strode, her daughter Karen, and her granddaughter Allyson have never seen Halloween II or 5: The Revenge Of Michael Meyers.  Because if they had, they would know you’re going to have to do way more than burn the hell out of Haddonfield’s most notorious serial killer.  As the remaining members of the Strode family drove away into the night, Michael rose up from the flames and ashers of his sisters former domicile to find himself having a moment of clarity.  This was not the life he wanted.

What was he supposed to do now anyway? Wait around until next Halloween to try and murder his family again? He’s been doing that for forty years.  Kill, get captured, escape, kill again.  It’s time to make a change. 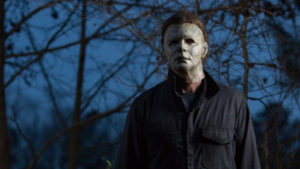 Unbeknownst to Dr. Loomis, and even his replacement Dr. Sartain, was the fact that while locked up in Smith’s Grove, Michael development a pretty decent recipe for the good old liquid confidence.  After his most recent escape, guards at the institution found many sealed bags of something resembling a brisk IPA tucked between the mattresses in Meyers’ room.

So in a shocking twist of events, Michael Audrey Meyers will put down the knife and pick up ownership of the Haddonfield Brewing Company.  He’s still wearing the mask though.  Of course conversation has been nonexistent, so Michael has taken to Twitter to make the announcement.  I conducted further research to discover local authorities are treating this business venture as sort of a prison-work-release situation that requires twenty-four hour surveillance with on-site S.W.A.T. team.  Common sense kicked in amongst the Haddonfield Police Department, they decided since Meyers couldn’t be contained or killed, putting him to work seemed to be the best option. 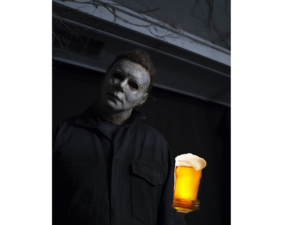 All profits from the brick and mortar as well as distribution will fund the security then be invested into the city’s infrastructure.  Believe me, stores across the country are lining up to place an order.

The brewery is located at the corner of Lampton Lane and Main Street.  A couple of blocks from place where he killed his sister the first time.  Some of the beers on draft include the popular Michael MeyPA, Smith’s Grove Grolsch, Dammit Laurie Strode Is Alive Lager, Back Seat Stranglehold Porter, and The Loomis, a White Ale with hints of Lavender, possibly obsession. 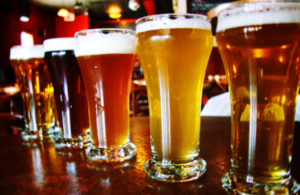 Food trucks from the area will provide the grub and rotate nightly.

If you’re worried about your life being taken, everything is cool.  For starters, Meyers will not actually pour your beer.  He’ll spend the days and nights actually working in the brewery.  Also, an earlier Tweet from Michael assures the public that brewing beer is his passion now.  His murdering days are behind him.  S.W.A.T. Team agents will be at there at all times just in case.  Don’t worry, they’re not there to arrest the fun.

For years, we’ve all thought Michael Meyers’ true calling was to murder his family one by one.  He sure as hell tried and sort of succeeded, but maybe the killings awoke a new passion… the art of craft beer.

If there’s one city that needs more craft breweries… it’s Chicago.  Remember Haddonfield is in Illinois.