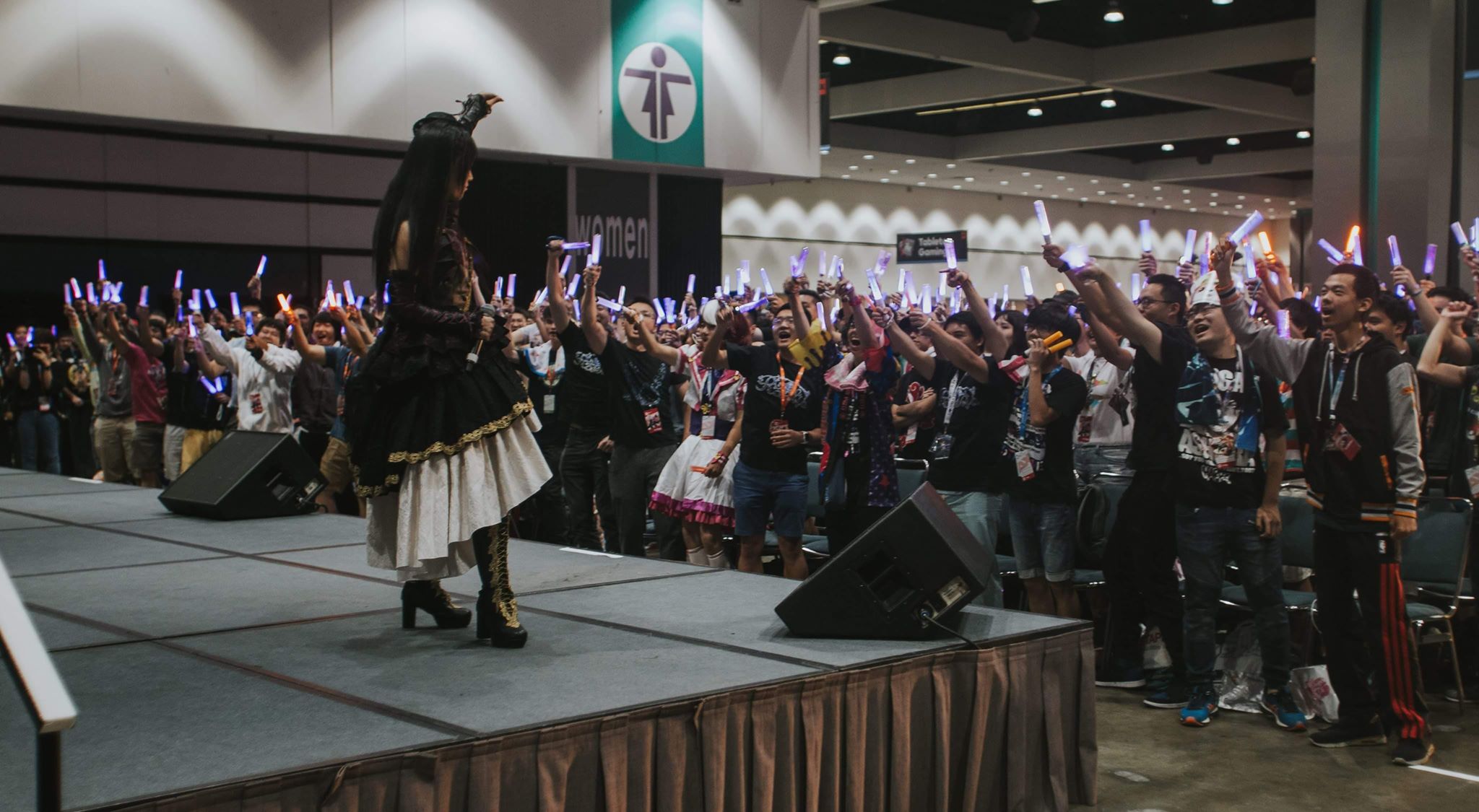 If you’re a fan of the mobile game sensation BanG! Dream, chances are your heart has already been stolen by the Yukina Minato. Yukina is the leader of the band Roselia, which won first place in the  BanG Dream! Girls Band Party! For the 1st General Election voting contest. Lovers of the popular character are also quick to become fans of Aina Aiba, the voice actor behind Yukina.

The personality behind the silver-haired vocalist is quite popular herself. She radiates cool energy at every event she attends and has an endearing personality on all of her social media. It’s hard not to become a die-hard fan of Aina Aiba on her own, with her one of a kind personality and passion for everything she does.

In honor of Chara Expo 2018 coming November 10th and 11th, we’re sharing what we learned during our in-person interview with the singer herself.

Explain what character you play, and if there’s anything about your character that you can relate to?

I play Yukina Minato of Rosealia, Yukina Minato is a girl who is very strong. She can be stubborn at times as well but she has a love for music. She started playing music as her father is a musician. She was kind of difficult girl at first but as she started relating with her other four girls in her band, she could kind of start being more open. She can be hard on herself, but to other people as well. But she also loves cute cats! Which is different from how she usually acts. That’s Yuki.  I relate to the character because we both have a sense of justice.

Your character loves cats, do you have any cats?

At my home, I have a dog, but I love cats! I love cat cafés.

How did you transition into becoming a voice actor?

I used to be a professional wrestler, our founder, whose name is Kidanit, likes pro wrestling so when he met me when I was a pro wreslter, he scouted her.

Do you like the genre of music you perform?

I love what I play. It may not be the same genre but how Michael Jackson sang and performed is something that I admire. L’Arc-en-Ciel, Kome Kome Club, Gackt, are bands that I look at their performance and follow.

What song do you feel the most attached to that you perform?

The one that gives me the most power and energy is BLACK SHOUT.

Is there another character who you relate to in BanG!Dream?

Outside of Roselia? Alice.

What influences you to go into music?

I wanted to be vocal when I was very small, to start with. When our founder scouted me, I told him that I like singing so from there I became a vocalist.

Mobile games have become very big across America, what makes the community so fun to be a part of in the U.S. and Japan? What makes it fun to be part of?

My fans in the United States are very high tension! You can see from how they move their bodies. They are very free with how they express themselves. Japanese fans are a bit shy. Something similar that I see in Japan is the calling action that I do when I’m performing. I really like the fans singing along. I just had a session where I saw the U.S. fans singing in Japanese which made her happy.

Do you have a favorite dessert?

When you’re in America is there anything you are excited to try?

Big ice cream. A lot the things in the US are much larger than in Japan. Big ice cream. I don’t really eat too much sweet stuff. I tried the cheesecake and pudding in the US and I really liked it.

If you want to see Aina Aiba live and in person, check out Chara Expo happening at the Anaheim Convention Center. You can follow Bushiroad’s Twitter and their https://www.instagram.com/bushiroad_usa/ for future BanG!Dream news (as well as other cool games and merch!)

You can also check out what’s happening with Aina Aiba on her Twitter and Instagram (I do, and trust me, I’m a happier person because of it!)