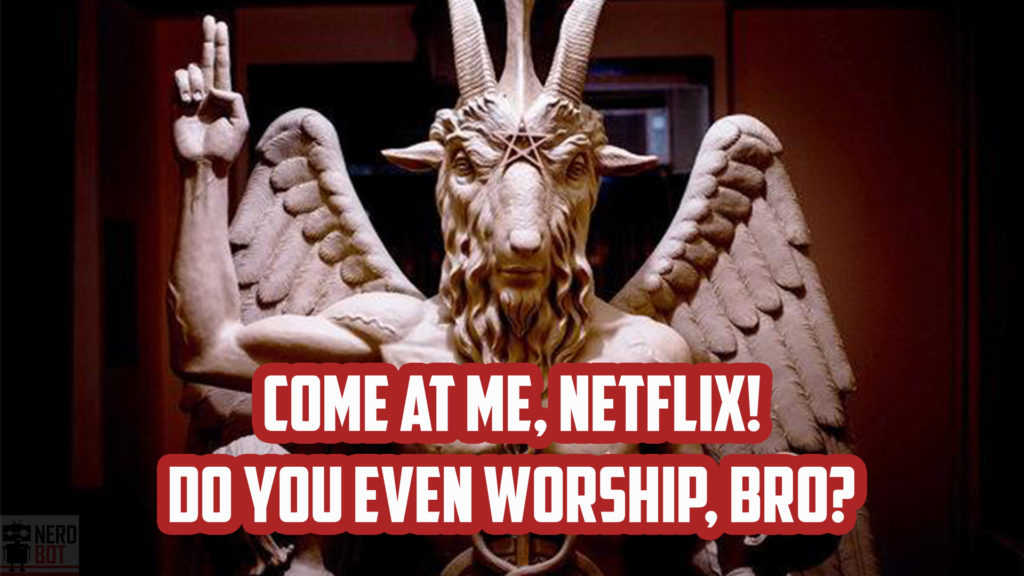 It’s time to summon the Lawyers!

The Satanic Temple is all fired up on an obvious copy of their statue, The god, Baphomet by the new Netflix reboot of Sabrina The Teenage Witch “‘The Chilling Adventures of Sabrina”.

A quick Wikipedia search of Baphomet gives us this short definition:

“Baphomet (/ˈbæfoʊmɛt/; from Medieval Latin Baphometh, Baffometi, Occitan Bafometz) is a deity that the Knights Templar were falsely accused of worshipping and that subsequently was incorporated into disparate occult and mystical traditions..”

“The Satanic Temple is suing Netflix alongside the show’s producer, Warner Bros, for copyright and trademark infringement, and is seeking at least $150 million in damages.” according to NBC News.

In a statement, the Satanic Temple says saying “the companies infringed on its copyrights, violated its trademark, and caused injury to its business reputation”, according to court documents filed on Thursday in a New York district court.

You can see the comparison picture below between the top photo (Original) and the shows statue below.

The Satanist group says it does not worship or believe in a supernatural Satan, but instead seeks “to encourage benevolence and empathy among all people” according to its website. Indeed, Satanists regard Satan as a symbol of the rejection of “tyrannical authority,” which is another one of the Temple’s main tenants.

I only hope this lawsuit doesn’t lead to the end of the world, because in a fight between Satan and a group of Hollywood copyright lawyers, it’s anyone’s guess who would come out on top.