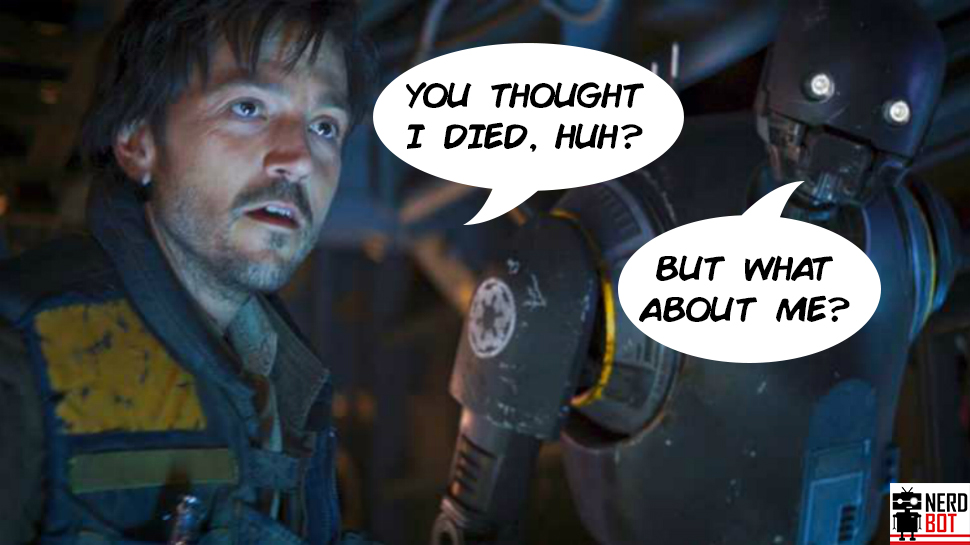 Do you remember when Cassian died at the near end of Rogue One?

Cassian and K-2SO left a lasting impression on a successful one off Star Wars movie produced by Disney.

You can wipe you tears away because Cassian Andor is back! He will will be reprising his role in a new Star Wars live action series to be created and streamed on Disney+

Diego on his return to Star Wars said in a statement “Going back to the Star Wars universe is very special for me,” Luna said in a statement. “I have so many memories of the great work we did together and the relationships I made throughout the journey. We have a fantastic adventure ahead of us, and this new exciting format will give us the chance to explore this character more deeply.”

The show will begin filming next year as part of the ever expanding Disney+ streaming line up.

If Disney keeps pumping the line up with fan favorites, it’s going to have a strong start versus competitors Netflix, Hulu and Amazon on the crown for original programming.

Oh, and you know I can’t sign off on this article without posting one of the best scenes in Rogue One…you know what I’m talking about. VADER!

We Have The Current Run Time of “Avengers 4”