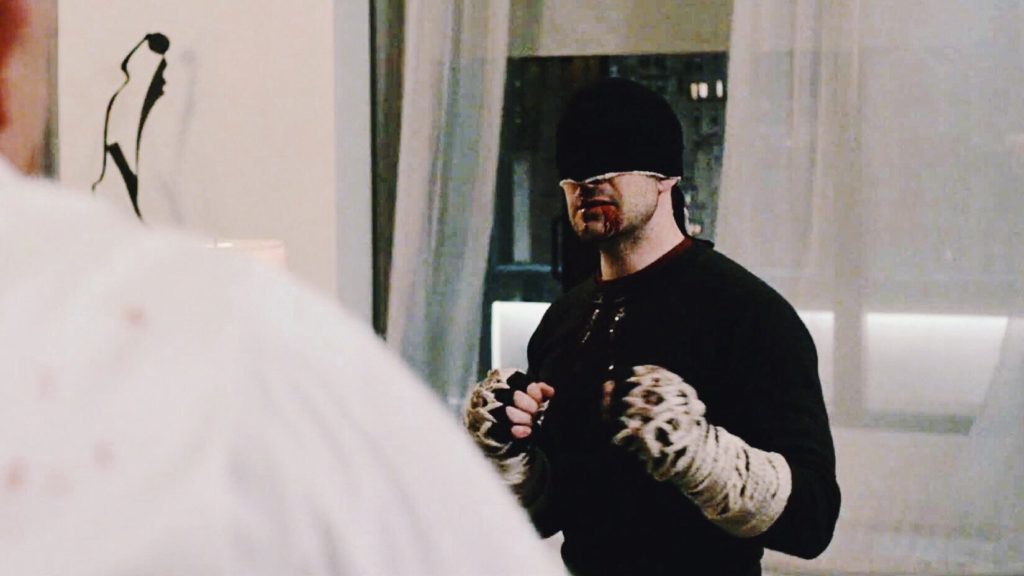 After watching the first 6 episodes of season 3 you often ask yourself “what’s going to happen next?”. That trend follows all the way through to the very end leaving you that much more excited for what’s to come. The second half is all about finding yourself, and that’s a note that they hit on hard and heavy.

A really enjoyable aspect is how they devote a whole episode to Karen and her backstory. Until this all we got were stories explaining her hardships and what brought her to Hell’s Kitchen. But actually seeing it adds a whole new level to her and makes her story far more heartbreaking. They did a fantastic job at fleshing out her character and making her more relatable

You even see Poindexter really shine although maybe not the way you’d like. He really begins to embrace his inner murderer and just lets loose at every opportunity he gets. Not taking failure for an option he becomes so focused on his bloodbath it becomes hard for him to think straight, or even be calm and collective. The newsroom massacre was more than seamlessly killing people to him. It was finally accepting who he is and what he’s going to become. One big thing stopping him from achieving his goals is Murdock.

So with him in the way he tries time and time again to kill him. Lastly with the final realization that he has been getting played this whole time by Fisk leaving him with no one to guide him  other than himself. Is a huge step for his character he was someone who needed his “North Star” but now he’s truly alone.

Even though you see the show do a huge shift with Nadeem and how that affects him. Being played all long just like Dex to do what Fisk wanted. The choices he made making him a part of a hit squad taking down other gangs in Fisk favors. He even drives Dex to kill Karen at the church, which was the last straw for him. At the end of his story he does whatever is in his power to help change the tide of this street war, that ultimately leaves him dead.

With the King Pin himself you find out how much of a threat he really is. His whole purpose was to get back with his love Vanessa and once he finally does, she helps him remember who he is. Allowing her to be apart of the criminal underworld that he is so apart of. Keeping his head straight even in high stressful situations.

Lastly the Devil himself, Matthew Murdock. He finally comes to terms that he isn’t alone in this world. That people actually do care about him and with his friends they can do great things. He was almost entirely done with god and turned away from it, but near the end he finds god again and that helps him become a strong noble man again. Struggling with the idea with killing a man to save thousands and fear that it’ll send him down a path in which he’ll never come back from. To only see him come out on top and not cross a line that he has been so adamant not to cross.

With all of this being said I do hope to see a season 4 of DareDevil. Even with all the drama surrounding Marvel and Netflix it still does look like the fans MIGHT get what they want.

Let Nerdbot know what you think about this season in the comments!