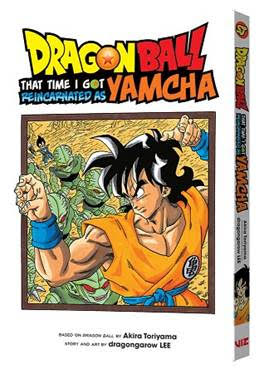 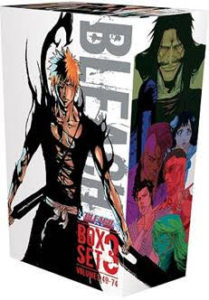 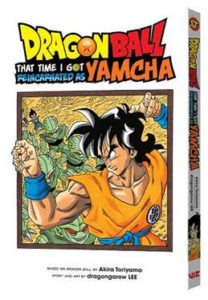 VIZ Media has announced the release of DRAGON BALL: THAT TIME I GOT REINCARNATED AS YAMCHA! and BLEACH BOX SET 3 in early November.

A hilarious manga spin-off based on famed creator Akira Toriyama’s original series, DRAGON BALL: THAT TIME I GOT REINCARNATED AS YAMCHA! will debut in print and digital editions on November 6th. Shonen Jump fans can also enjoy the exclusive print release of the final manga box set for the bestselling supernatural action adventure series BLEACH.

DRAGON BALL: THAT TIME I GOT REINCARNATED AS YAMCHA!

A DRAGON BALL fan’s greatest dream is getting to live in the Dragon Ball universe and fight alongside Goku and his friends! But one particular fan is in for a rude awakening when he suddenly dies and gets reincarnated as everyone’s favorite punching bag, Yamcha!

And in other exciting manga publishing news:

The third and final BLEACH manga box set. This set completes the series and contains volumes 49-74, along with an exclusive booklet containing a cover art gallery and author interview. The box set also contains a full-color, double-sided poster.

Ichigo Kurosaki never asked for the ability to see ghosts—he was born with the gift. When his family is attacked by a Hollow—a malevolent lost soul—Ichigo becomes a Soul Reaper, dedicating his life to protecting the innocent and helping the tortured spirits themselves find peace. Find out why Tite Kubo’s Bleach has become an international manga smash-hit!