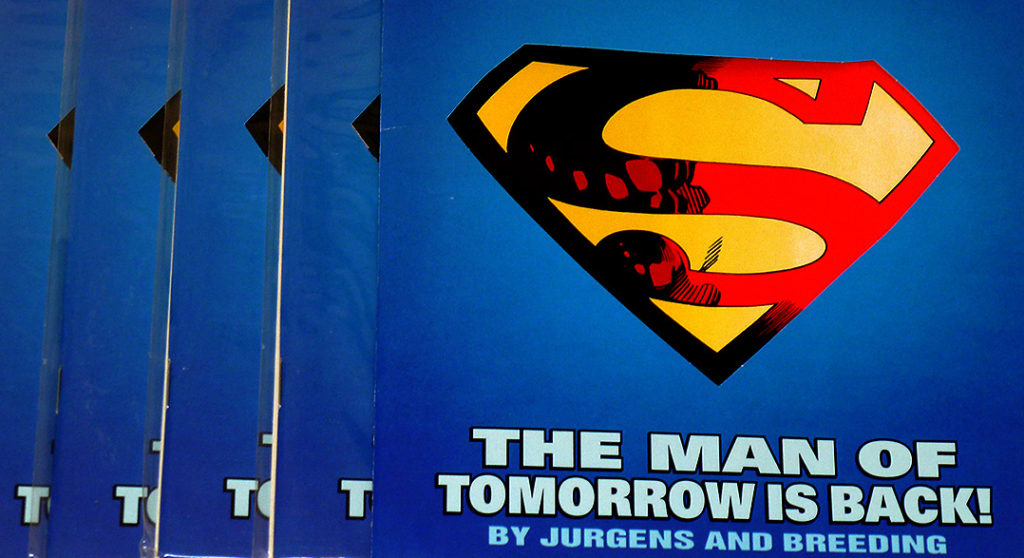 Trailer for Animated ‘Reign of the Supermen’ Is Here

To the entire comic book world, the “Death of Superman” was a shock.

To a young Me, 20 some odd years ago, the appearance of multiple people claiming to be the real Superman was a fun mystery that brought different perspectives to his legacy. What makes Superman more than just his powers? You find out when literally 4 different Supermen show up out of nowhere.

This awesome comic book series complete with intriguing variant cover art and story-lines is now being brought to life through animation! The first trailer dropped and its an awesome sight to behold considering it’s a core Superman story-line!

The trailer itself doesn’t give away anything we don’t already know but it’s just breathtaking to see it happening in solid DC Animation.

While the entire saga regarding Superman’s death was mostly frowned upon by the comic book community, you can’t say it wasn’t memorable seeing a few different heroes teaming up, going toe to toe or turning on everyone before the story conveniently resolves itself in a quaint little package. Considering the multiple hollywood reboots and attempts at story-lines in the live action world, the DC Animation crew can do no wrong at delivering yet another classic installment in their series.

And may god have mercy on the soul of any director who attempts to make it Live Action.

Reign of the Supermen is slated for 2019 with no date yet! So stay frosty out there!