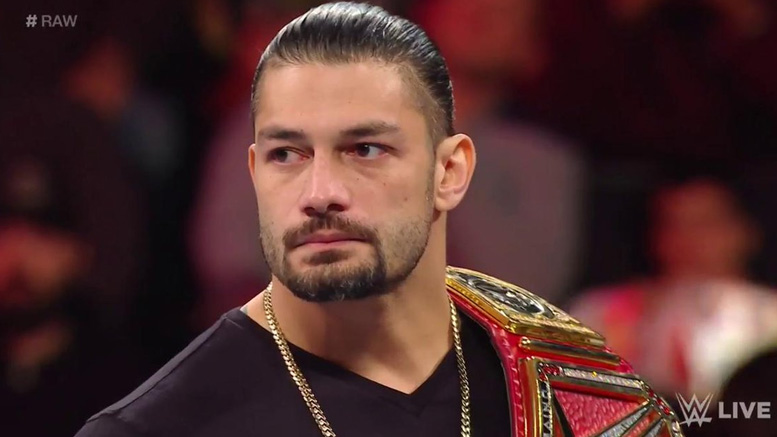 WWE Universal Champion Roman Reigns announced to a stunned Monday Night Raw audience that he’s been battling leukemia for 11 years, and that due to the cancer’s return he will be relinquishing his belt, effective immediately:

.@WWERomanReigns has to relinquish the Universal Championship due to a battle with leukemia. #Raw pic.twitter.com/EhomllNwjK

Reigns, whose real name is Leati Joseph Anoa’i, said he was 22 years old when he received the diagnosis. Anoa’i began wrestling with WWE two years later, in 2010, and tonight he thanked the wrestling promotion for giving him a chance when he was at a low point following a battle to get his leukemia into remission. A press release from WWE says Anoa’i decided to make this public announcement “in an effort to raise awareness in order to advance cures for the disease.”