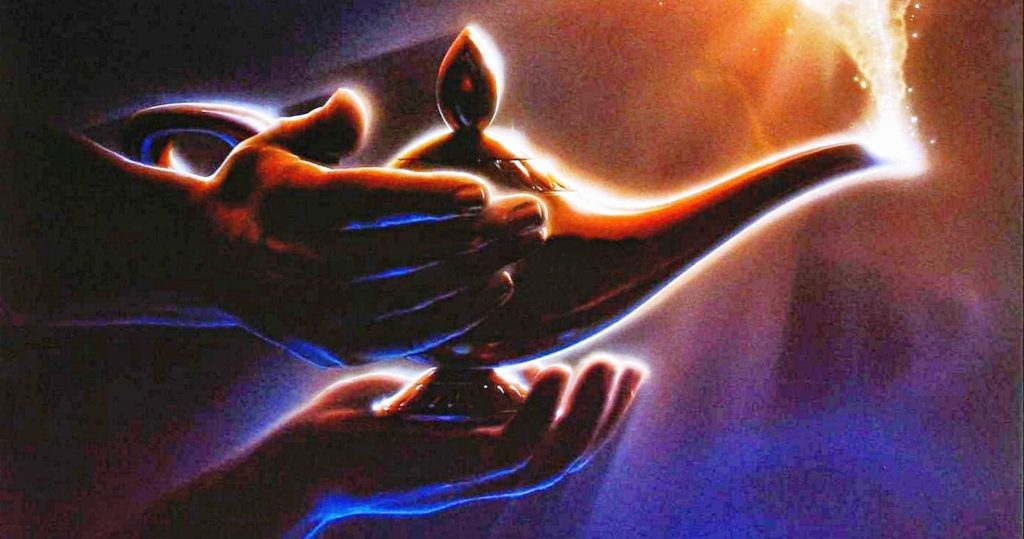 Aladdin has left animation and entered a whole new world.

The first trailer for Disney’s live-action remake arrived Thursday, giving the first glimpse of the update from the 1992 animated hit that earned more than $504 million globally.

The trailer, which honestly still looks animated because of its intense CG treatment, teases the Cave of Wonders talking about the Diamond in the Rough. Iago is flying around the desert at night, which makes me hope they gave the role back to Gilbert Gottfried. If I can’t have Robin Williams, gimme the Gottfried. The Cave of Wonders is still voiced by Frank Welker, which makes me happy, even if you think the growly monster voice is cheesy. I don’t, so leave me alone. The trailer ends with Aladdin reaching for the lamp inside the cave.

We all know where it spirals from there.

Aladdin stars Mena Massoud as Aladdin (who you get to see at the end of the teaser), Naomi Scott as Jasmine, Will Smith as the magical Genie, and Marwan Kenzari as Jafar, as well as Billy Magnussen and Nasim Pedrad. The trailer comes a day after Smith unveiled the first poster and more than a year after the actor showed off a cast selfie.

Per the Hollywood Reporter, Aladdin comes from director Guy Ritchie, who is the latest filmmaker to tackle new adaptations of Disney animated classics following hits such as Cinderella, The Jungle Book and Beauty in the Beast. In addition to Aladdin, Disney also has remakes of The Lion King and Dumbo forthcoming.

“You really get in this adaptation of the movie that her heart is for her people, and her main objective is what’s best for her kingdom,” she says. “And you really get a sense that she has those leadership qualities within her.