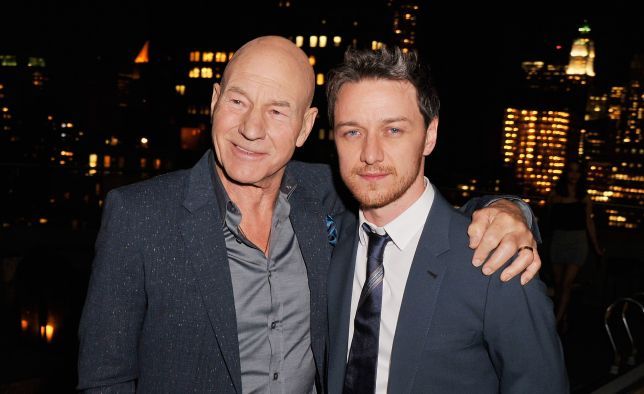 James McAvoy really liked playing a younger version of Sir Patrick Stewart in the X-Men franchise, so much so, he now wants another go.

The Scottish actor volunteered his talents on Instagram in a comment underneath a picture of the Star Trek captain with the writing team for the new show.

Patrick Stewart has begun pre-production in his Star Trek series which marks the return of his iconic captain, fourteen years after The Next Generation came to an end. It’s unclear the exact plot, but there are rumors that the series could be set at Star Fleet Academy with Picard now its head. In The Next Generation, the captain is offered the job on several occasions so it would make sense that at this point in his career he might be doing less exploring and more education.

Source: Yahoo Entertainment. Full report and video of the two actors interviewing each other is available here.